His comments came in a video message to the latest meeting of countries which have signed the UN Convention against Transnational Organized Crime.

The 🌍 comes together this week to take fight against organized crime to next level. Important work ahead of #COP10 to @UN Convention to step up joint action, address emerging threats; record 7 resolutions under discussion, nearly 60 virtual side events: https://t.co/UYeTNVREPI pic.twitter.com/zZFa3aB44P

This year marks the 20th anniversary of the adoption of the Palermo Convention, as the treaty is also known, and the UN chief underlined its importance at this particular moment.

COVID-19: An accelerator for crime

“Criminals are seeking to profit from the COVID-19 crisis”, said Mr. Guterres.

“The pandemic has also heightened the vulnerability of migrants to risks of human trafficking and migrant smuggling. International cooperation through the Convention against Transnational Organized Crime is more urgent than ever”.

The week-long meeting, officially the 10th session of the Conference of Parties (COP) to the Convention, is being held by the UN Office on Drugs and Crime (UNODC).

In her opening address, UNODC Executive Director Ghada Waly also underlined how the pandemic is an accelerator for criminal activity.

“One such emerging threat which poses an acute danger to human life is the sale of falsified medical products online”, she reported.

“Organized crime groups are selling substandard and falsified medical products, targeting individuals, health facilities and public agencies through internet scams. Falsified COVID vaccines will soon be a lethal reality and governments need to be prepared to counter this threat.”

Response and recovery at risk

Ms. Waly added that healthcare systems continue to face cyberattacks, while lockdowns have precipitated a rise in online child sexual abuse. Meanwhile, movement restrictions have made migrants more vulnerable to exploitation and trafficking.

Furthermore, criminal operations are threatening global COVID-19 response and compromising recovery, she continued.  Crime groups have been stealing stimulus funds from those in need, and are infiltrating the legal economy through money laundering.

Some 190 countries are party to the UN Convention against Transnational Organized Crime, the only legally binding global instrument against this threat.

The Convention was adopted by the UN General Assembly in November 2000 and entered into force three years later. It is supplemented by three Protocols against Trafficking in Persons, Smuggling of Migrants, and Illicit Manufacturing of and Trafficking in Firearms.

“Important work lies ahead this week, as we mark the Convention’s 20th anniversary by advancing the fight against transnational organized crime, strengthening prevention and enhancing protection of crime victims”, said Ms. Waly.

“We are all gathered here, in person or virtually, because we believe in the power of the Convention and its Protocols to drive solutions to problems that no country can face alone, and to keep our societies safer and able to prosper.”

The current COP follows on from the 2018 session where participants agreed on new resolutions for strengthening implementation of the Protocol on firearms.

This year, they will look to adopt a resolution launching the first phase of the review mechanism for the UN Convention, which was established in 2018 following years of negotiation.

♦ Receive daily updates directly in your inbox - Subscribe here to a topic.
♦ Download the UN News app for your iOS or Android devices.
unodc|transnational organized crime|COVID-19|coronavirus

Testing, tracing, and when to lift restrictions: WHO’s latest advice 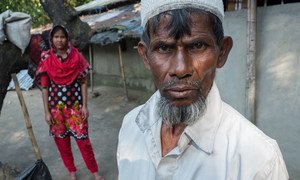 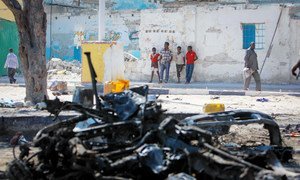