Helping to reshape the UN's approach to better serve the continent and merge the UN-led Sustainable Development Goals with Africa's own 2063 Agenda, are top priorities for the newly minted UN Special Adviser on Africa.

Cristina Duarte, who is also Under-Secretary-General on African Affairs, took up her position at the helm of the Office (OSAA), in August.
Previously, she had served as the Cape Verdean Minister of Finance, Planning and Public Administration, from 2006 tooss 2016.

Two months into her new role, Ms. Duarte spoke to UN News about the priorities and challenges her Office faces, aimed at bringing the UN family together with other systems and intergovernmental initiatives in Africa, so the continent can realize its full potential.

With a strong background in what she called “change leadership”, the OSAA chief began by explaining that her Office consists of a “small and powerful” team of 30 people who work closely with the Secretary-General, Deputy Secretary-General, African Group – that compose 28 per cent of UN Members States – and other key strategic policy makers, including at the African Union (AU) and regional economic commissions. 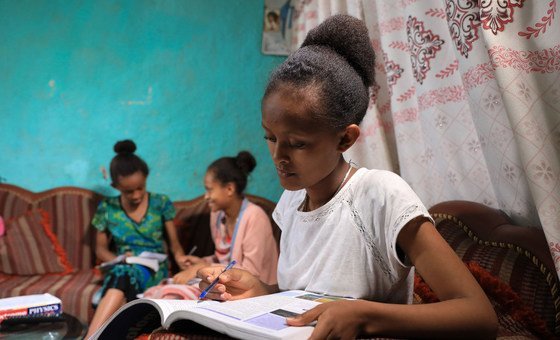 Moreover, OSAA is the only UN special office on African affairs.

Ms. Duarte maintained that the combination of its strategic position and unique UN role enable the Office to be a part of Africa’s “milestone” vision, strategy and action plan.

Before sustainable development can be successful, the OSAA chief said that African policymaking must address sustainable financing.

“It’s time for Africa to switch its mindset from managing poverty to managing development and adjusting policy making, accordingly”, she stated.

Ms. Duarte advocated for policymakers in Africa to look ahead and “concentrate on fighting illicit financial flows”, mobilizing domestic resources and “putting human capital at the centre of policy making”.

“The idea is to set up a strategic agenda” so that all entities are purposefully guided “with a focus”, she flagged, negating the approach in which everyone discusses everything because “at the end of the day we discuss nothing”.

COVID on the continent

The OSAA Chief said that COVID-19 is a tragedy “not only from the health-dimension side”, but also socio-economically.

The lockdowns have “pushed Africa into the first socio-economic crisis in 25 years”, she stated, describing how COVID has upended life as the continent was moving towards the continent’s agreed 2063 Agenda, which the AU describes as the continents “blueprint and master plan” for transformation into the powerhouse of the future.

And yet, despite the “tragedy dimension”, the coronavirus offers an opportunity for Africa to change its paradigm, Ms. Duarte told UN News, supporting a medium-term “development dimension” as it addresses the pandemic.

Although she has been in post for just over two months, Ms. Duarte has already connected with the African Group and in 30 days, met more than 34 African Ambassadors on an individual basis in video calls.

Calling the meetings “outstanding”, she said that they went “beyond courtesy calls” to discuss issues.

“I presented proposals, they made suggestions [and] advised me”, the high-level official affirmed.

However, she did point to some important early progress, including meeting virtually with the African Ambassadors and presenting concept notes to the African Group on how to set up a strategic agenda together.

UN report: Value of nature must not be overridden by pursuit of short-term profit