UN Photo/Martine Perret
Victims of the Ebola disease have been buried at Kitatumba cemetery in the Butembo in the eastern Democratic Republic of the Congo. (August 2019)

The UN World Health Organization (WHO) on Tuesday, promised that any of its staff working as part of the agency’s Ebola response team in the Democratic Republic of the Congo (DRC) found to have been involved in sexual exploitation and abuse, would face “serious consequences, including instant dismissal.”

The health agency issued the strongly-worded statement in response to allegations made during a months-long investigation by journalists from The New Humanitarian and the Thomson Reuters Foundation news organizations, which charges that men who identified themselves as being with WHO, had been accused of sexual abuse by some 30 women.

A total of 51 women, alleged that they had been sexually exploited or abused overall by mostly foreign men, identifying themselves as aid workers in Beni, the main city at the centre of what was the country’s worst ever Ebola outbreak, between 2018 and June this year.

There have been 11 outbreaks of Ebola across DRC overall, including one currently underway in western Equateur Province. The large outbreak in the east, which is the focus of the abuse allegations, was officially declared over on 25 June after nearly two years, killing around 2,280.

In the statement, WHO leadership and staff, said they were “outraged” by the reports: “The actions allegedly perpetrated by individuals identifying themselves as working for WHO are unacceptable and will be robustly investigated.”

Betrayal of the community

“The betrayal of people in the communities we serve is reprehensible”, the statement continued. “We do not tolerate such behaviour in any of our staff, contractors or partners. Anyone identified as being involved will be held to account and face serious consequences, including immediate dismissal.”

The UN health agency said that Director-General Tedros Adhanom Ghebreyesus, has initiated a “thorough review of the specific allegations, as well as broader protection issues in health emergency response settings”, emphasizing that as with the UN system as a whole, the WHO has a zero tolerance policy with regards to sexual exploitation and abuse.

IOM will support needs of victims

In a news release issued on Wednesday, the IOM Director General, also ordered an immediate investigation into a "serious allegation" of sexual abuse and exploitation against on of their team.

"Such abuses by UN personnel and other humanitarian workers are an outrageous breach of trust with those we are mandated to support, often in very trying humanitarian circumstances", said the statement.

Because victims are sometimes reluctant to come forward, "we are committed to improving our reporting mechanisms to ensure confidence in the system and that victims are fully aware that they can report such allegations without fear of retribution", the agency added.

"IOM is fully committed to supporting the immediate and longer-term needs of victims, including their access to legal, health and psychosocial support."

The UN Children's Fund said on Wednesday it was "appalled that people who identify as UNICEF workers, have reportedly committed abuse against vulnerable women" in the DRC.

They agency said its team on the ground was conducting a "thorough assessment of the facts and will be joined by additional colleagues to seek further detailed information about what has happened."

UNICEF encouraged all victims to come forward, asking anyone with knowledge of any UNICEF involvement in sexual abuse or exploitation, to report it.

“Over the past two years, we have strengthened our efforts to prevent, and respond to, sexual exploitation and abuse by putting victims first. Our top priorities are to provide victims with assistance, ensure swift and victim-centered investigations; vet and train personnel and partners; and establish safe and accessible reporting channels."

However, 'it is clear that this is not enough", the agency statement said. "We need to do more, especially at the community level. We are committed to working closely with communities across DRC to end such abuses and to establish a safe environment for victims to come forward.” 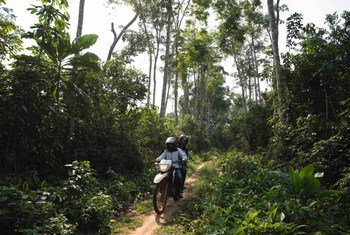 WHO warns against potential Ebola spread in DR Congo and beyond

Ebola is spreading in a western province in the Democratic Republic of the Congo (DRC), raising fears that the disease could reach neighbouring Republic of Congo and even the capital, Kinshasa, the World Health Organization (WHO) said on Friday. 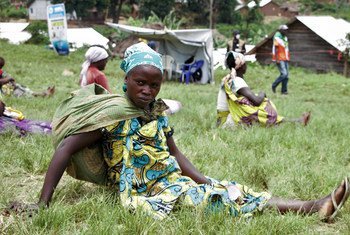 Millions of lives could be lost to hunger in the Democratic Republic of the Congo (DRC), amid escalating conflict and worsening COVID-19 transmission, the UN emergency food relief agency has warned, urging the international community to step up support for the African nation.