Fresh Armenia-Azerbaijan clashes over Nagorno-Karabakh, as UN chief urges an end to fighting

The UN chief is “extremely concerned” over renewed hostilities between Armenia and Azerbaijan in the Nagorno-Karabakh conflict zone that erupted on Sunday.

According to news reports, at least 16 people have been killed along the line of contact in the worst fighting between the two former Soviet Republics in four years.

Secretary-General @antonioguterres voices extreme concern over the fresh resumption of hostilities along the line of contact in the Nagorno-Karabakh conflict zone, calling on the sides to immediately stop fighting.

“He condemns the use of force and regrets the loss of life and the toll on the civilian population”, UN Spokesperson Stéphane Dujarric said in a statement.

This latest skirmish between the two countries, which fought a war in the 1990s as the Soviet Union was dissolving, has heightened fears of instability in the South Caucasus, a region that provides crucial transit routes for gas and oil to world markets.

Both States have declared martial law and Armenia ordered the total mobilization of its military, according to media reports.

“The Secretary-General strongly calls on the sides to immediately stop fighting, de-escalate tensions and return to meaningful negotiations without delay”, Mr. Dujarric said, adding that the UN chief would be speaking to both the President of Azerbaijan and the Prime Minister of Armenia.

The two fought a six-year war over the region until a 1994 truce, but over the years, both countries have blamed the other for ceasefire violations in the enclave and along the border, including in July.

In recent months, more than a dozen soldiers and civilians have been killed in the struggle.

Mr. Dujarric underscored that the Secretary-General reiterated his “full support” for the important role of the Organization for Security and Co-operation in Europe (OSCE) Minsk Group Co-Chairs and urged the sides to “work closely with them for an urgent resumption of dialogue without preconditions”.

♦ Receive daily updates directly in your inbox - Subscribe here to a topic.
♦ Download the UN News app for your iOS or Android devices.
Nagorno-Karabakh|Armenia|azerbaijan 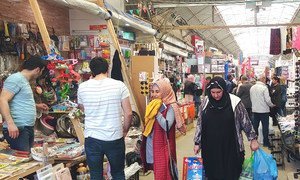 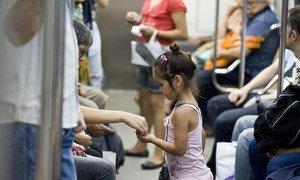