Amid a potential global shortage in influenza vaccines and the ongoing COVID-19 pandemic, the UN health agency has advised countries to protect the elderly and health workers first.

The updated recommendations from the World Health Organization (WHO), come as the northern hemisphere braces for the seasonal bug, which claims hundreds of thousands of lives from respiratory-related causes every year.

“There has in fact been an increased demand and we’re hearing now that countries that are trying to get influenza vaccine cannot get it”, said Dr Ann Moen, Chief, Influenza Preparedness and Response at the WHO.

The aim of the announcement by the Strategic Advisory Group of Experts on Immunization (SAGE) is to prevent national health care systems from becoming overwhelmed - and to prevent “confusion” when treating people for respiratory diseases that can be difficult to tell apart, Dr Moen told journalists in Geneva.

“Based on a set of considerations, including alleviating the added burden on health care systems and vulnerable populations and managing potentially limited supplies of influenza vaccines, SAGE has recommended…among the five risk groups (that) health workers and older adults are the highest priority groups for influenza vaccination during COVID-19 pandemic,” she said.

If possible, all these groups should continue to be vaccinated as “the best way to reduce disease”, Dr Moen said, adding that the measure been in place for 50 years with no known adverse side-effects.

Cure for a killer

Although the influenza jab would not protect people from coronavirus - a new disease for which there is so far no cure - “it keeps you out of hospital”, she continued.

The WHO official noted that seasonal influenza affects individuals in every country and results “in up to one billion cases, three to five million severe cases, and on average 290,000 to 650,000 deaths, respiratory-related deaths annually”.

Indications that there might be a potential influenza vaccine shortage date back to April, when countries placed orders with pharmaceutical manufacturers, conscious of the increased burden that the COVID-19 pandemic might place on their health care systems.

Annually, around 500 million doses of vaccine are produced.

Responding quickly to increased demand for inoculations can be relatively slow, Dr Moen explained, as the most common way to produce it involves large numbers of chicken eggs.

“We have heard that from our industry associations (that) they have been able to increase some of the orders for some of the countries and they’ve made additional vaccine that they’ve been handing out, but overall it does seem to be there’s a higher demand than there is numbers of vaccines.”

The development comes amid remarkably low infection rates of influenza in the southern hemisphere, which have been attributed to COVID-19 protection measures, including travel restrictions.

“There really just is not a lot of flu” in the global south, Dr Moen said, citing Australia, New Zealand, South America and South Africa.

Testing usually indicated a 10 to 30 per cent influenza infection rate among the population, she continued, but this year, just one per cent of tests have turned up positive.

“This really is historic lows in terms of flu circulation,” she added. “And we feel confident this is not due to lack of testing or lack of surveillance.”

Despite the lack of an apparent threat, countries in the global north should remain vigilant, amid rising infection rates across many countries and regions, Dr Moen insisted.

She added: “We are seeing some sporadic outbreaks in some areas of the world and so we really fully believe that as society opens back up, we’ll probably start to see flue circulate again back to more normal proportions.” 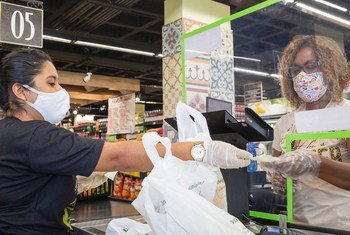 The COVID-19 virus is likely not impacted by the changing seasons like other respiratory diseases, the UN health agency said on Tuesday, before urging much greater respect for physical distancing measures to stop it spreading. 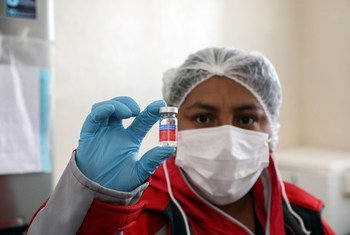 COVID-19: Preparations for southern flu season must be a priority: WHO’s Tedros

Despite the ongoing global response to COVID-19, the world cannot lose sight of the significant public health risk posed by influenza, which affects every country every year and takes its own deadly toll, World Health Organization (WHO) Director General, Tedros Adhanom Ghebreyesus, said on Monday.