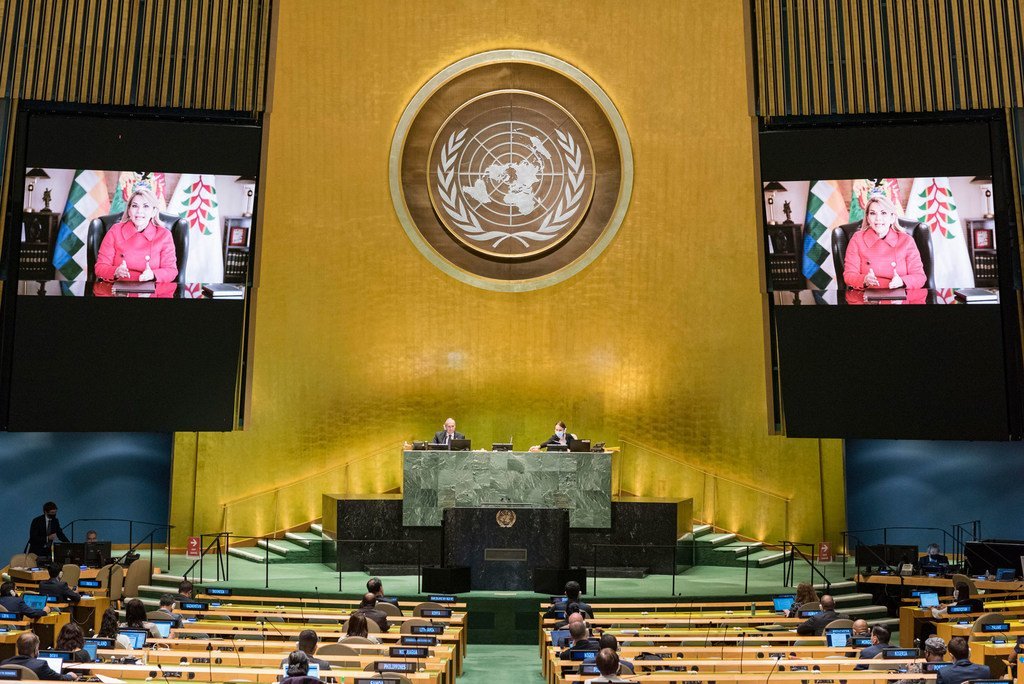 The Latin American region is at a crossroads, with a choice not between the political left or the right; between socialism or capitalism, it is in fact between democracy and dictatorship, between freedom and oppression, the President of Bolivia told world leaders, gathered virtually for the United Nations General Assembly.

In her address, via a pre-recorded video, President Jeanine Añez Chávez said that the dilemma before the region is whether “we have created States to oppress, or have we created them to ensure freedoms … we must now choose.”

The region, in general, has not overcome authoritarianism and the threat of oppression driven by dictatorial populism, with dictators and cronies aiming at complete capture of the political sphere, culture, economy and ultimately people’s freedom, she added.

“It is the system for a few, a certain caste or political clan.”

Bolivia, said the country’s leader, is focused on returning power to the people after over a decade of authoritarianism, and she pointed to “clean and transparent elections” scheduled for 18 October, despite an attempt to halt them with brutal violence just a few weeks ago.

The Bolivian people stopped that attempt, she continued, as they no longer want to watch Governments building palaces or museums for dictators.

Her Government is investing 10 per cent of the national budget on health, including jobs and free healthcare for those suffering from the pandemic.

“This is a Christian value for us,” said President Chávez, to care for our neighbour and those we see as our brother and it includes giving cash to Bolivian families in need.

The Bolivian leader chided Argentina, for what she called, its “abusive attack” against the institutions and people of Bolivia, an attack by a Government, dictators and their cronies who use abusive methods to hold onto power.

She asked what authority Argentina has to meddle in the affairs of Bolivia or to protect and offer impunity to former Bolivian President Evo Morales, who is been accused of serious violations of human rights and abuses of women and girls.

“The Bolivian nation is not the private property of anyone, we are a sovereign and respectable people,” stressed President Chávez, adding “Bolivia respects itself, Bolivian democracy is respected, and Bolivian people respect themselves.”

♦ Receive daily updates directly in your inbox - Subscribe here to a topic.
♦ Download the UN News app for your iOS or Android devices.
UNGA75|Bolivia

Unlike neoliberalism, coronavirus does not favour ‘richest one per cent’, Cuban President tells world leaders

While not perfect, world is better today because of UN’s work since 1945, says President of Dominican Republic