© UNICEF/Frank Dejongh
Children in Côte d'Ivoire wear face masks as they return to school after temporary closures due to COVID-19.

Classes for more than 450 million students starting the new academic year are expected to be entirely remote – or for some, a mix of distance and in-person learning – the UN education and cultural organization (UNESCO) has said.

When a girl’s education is cut short, the impact on communities lasts for generations. Let’s make sure #LearningNeverStops for every girl throughout the #COVID19 crisis.Take action now. Join our campaign 👇 https://t.co/dXW8pjVCzr pic.twitter.com/DnLRfzFoH3

“Several generations are facing the threat of school closures, which concern hundreds of millions of students and have lasted many months. This is an emergency for global education”, she added.

This year, 900 million pre-primary to secondary students, are set to return to school between August and October. However, fewer than half – about 433 million in 155 countries – can actually return to classrooms at this stage, according to UNESCO.

That leaves almost a billion students – two-thirds of the global student population – facing either school closures or uncertainty surrounding their classes.

Girls at a higher risk

According to UNESCO, till date, students around the world have lost an average of 60 days of schooling since lockdowns began in February and March.

Situations such as school closures, uncertainty over classes, inability to access remote learning or other challenges raises the risk of dropouts, decreased quality of learning, and negative social and economic impacts is high. Often vulnerable populations, in particular girls are at a higher risk.

It is therefore crucial that education authorities work quickly to determine how best to ensure a safe return to school, while protecting the health and safety of students and education staff, said UNESCO.

Against this backdrop, through the Global Education Coalition, UNESCO has launched the #LearningNeverStops campaign to ensure the continued learning of girls during school closures, and their safe return when schools reopen, in light of the many obstacles they face outside education, including adolescent pregnancy, early and forced marriage, and violence.

Also through the partnership, UNESCO has produced and disseminated communication and advocacy toolkits and a girls’ back to school guide to help all stakeholders. 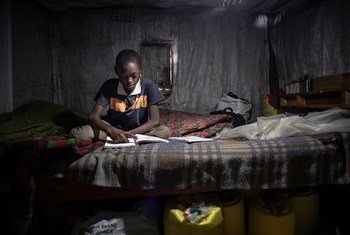 For at least 463 million children whose schools closed due to COVID-19, “there was no such a thing as remote learning,” the head of the UN Children’s Fund (UNICEF) said on Thursday, as the agency launched a new report outlining the limitations of remote learning and exposing the deep inequalities in access.