NASA
Hurricane Laura made landfall in the US state of Louisiana, as a category 4 storm.
28 August 2020
Climate and Environment

While it is difficult to link any individual tropical cyclone to climate change, the UN World Meteorological Organization (WMO) expects to see more powerful storms in future as a result of global warming.

Laura is the seventh named storm to landfall in the US this season, which has just begun what is traditionally its most intense period. It intensified within 24 hours from a Category 1 to a strong Category 4 on the Saffir Simson hurricane scale.

According to news reports, some 1,500 people are being sent into Louisiana for rescue and clean up missions, including troops from the National Guard.

Winds of up to 150 mph caused severe damage, including the death of at least six people, and left half a million homes without power.
Louisiana Governor John Bel Edwards tweeted that the hurricane has left roads flooded and wildlife displaced, warning people to stay vigilant.

Because storms feed on warm water, and higher water temperatures lead to sea-level rise, an increase in the risk of flooding during high tides and in the event of storm surges follow, WMO explained.

“Sea level rise, which very likely has a substantial human contribution to the global mean observed rise…could be causing higher storm surge levels for tropical cyclones that do occur”, Tom Knutson, Chair of the WMO Task Team on Tropical Cyclones and Climate Change said in a statement.

Anthropogenic warming, which is caused by human activity, accompanied by an increase in atmospheric moisture will likely cause tropical cyclone rainfall rates to increase in the future, WMO pointed out.

“Models project an increase on the order of 10-15 per cent for rainfall rates averaged within about 100 km of the storm for a 2 degrees Celsius global warming scenario,” said Mr. Knutson.

Moreover, it is likely that the intensity of tropical cyclones around the world will increase on average, implying an even larger percentage increase in the destructive potential per storm.

However, the WMO official flagged that storm size responses to anthropogenic warming are “uncertain”.

♦ Receive daily updates directly in your inbox - Subscribe here to a topic.
♦ Download the UN News app for your iOS or Android devices.
Hurricane Laura|United States 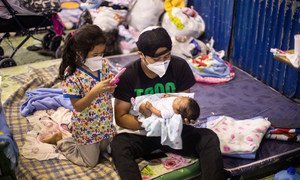 Across Central America and the Caribbean, the more than 70 million children impacted by the COVID-19 pandemic could soon face another threat – catastrophic hurricane storms, the UN Children’s Fund (UNICEF) warned on Monday. 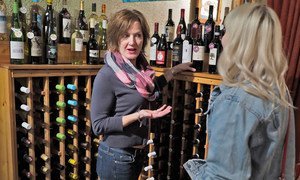