UNDP Bangladesh/Fahad Kaizer
Children over 5 years old in Bangladesh are expected to wear masks during the COVID-19 pandemic.

The Review Committee will advise whether any amendments to the International Health Regulations (IHR) are necessary to ensure it is as effective as possible, WHO Director General Tedros Adhanom Ghebreyesus told journalists.

He said the COVID-19 pandemic has been “an acid test” for many countries, organizations and the treaty.

"The committee will be made up of independent experts, who will examine various aspects of the IHR."-@DrTedros https://t.co/ZsCc5Jrwko

“Even before the pandemic, I have spoken about how emergencies such as the Ebola outbreak in eastern DRC (the Democratic Republic of the Congo) have demonstrated that some elements of the IHR may need review, including the binary nature of the mechanism for declaring a public health emergency of international concern,” said Mr. Tedros.

The IHR Review Committee will hold its first meeting on 8 and 9 September.

The committee will also interact with two other entities, exchanging information and sharing findings. They are the Independent Panel for Pandemic Preparedness and Response, established last month to evaluate global response to the COVID-19 pandemic, and the Independent Oversight Advisory Committee for the WHO Health Emergencies Programme.

It is expected that the committee will present a progress report to the World Health Assembly, WHO’s decision-making body, at its resumed session in November.

The Assembly comprises delegations from WHO’s 194 member States who meet annually in May. A truncated virtual session was held this year due to the pandemic.

The committee will present its full report to the Assembly in 2021.

The IHR was first adopted in 1969 and is legally-binding on 196 countries, including all WHO Member States.  It was last revised in 2005.

The treaty outlines rights and obligations for countries, including the requirement to report public health events, as well as the criteria to determine whether or not a particular event constitutes a “public health emergency of international concern”.

Mr. Tedros underscored WHO’s commitment to ending the pandemic, “and to working with all countries to learn from it, and to ensure that together we build the healthier, safer, fairer world that we want.”

WHO is also shining light on the pandemic’s impact on mental health at a time when services have suffered disruptions.

For example, Mr. Tedros said lack of social interaction has affected many people, while others have experienced anxiety and fear. Meanwhile, some mental health facilities have been closed and converted to COVID-19 treatment facilities.

Globally, close to one billion people are living with a mental disorder. In low- and middle-income countries, more than three-quarters of people with mental, neurological and substance use disorders do not receive treatment.

World Mental Health Day is observed annually on 10 October, and WHO and partners are calling for a massive scale-up in investments.

The UN agency also will host its first-ever global online advocacy event on mental health where experts, musicians and sports figures will discuss action to improve mental health, in addition to sharing their stories.

The milestone eradication of wild poliovirus in Africa does not mean the disease has been defeated globally, Mr. Tedros reminded journalists.

WHO announced on Tuesday that the continent has been declared free of the virus, which can cause paralysis, after no cases were reported for four years

“We still have a lot of work to do to eradicate polio from the last two countries where it exists: Afghanistan and Pakistan,” he said.

Mr. Tedros also congratulated Togo, which on Wednesday celebrated the end of sleeping sickness as a public health problem.

The disease, officially known as human African Trypanosomiasis, is spread by tsetse flies and is fatal without treatment. 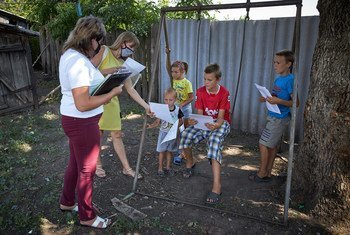 COVID-19: UN urges ramping up social protection programmes to safeguard those most vulnerable

The socio-economic fallout of the COVID-19 pandemic prompted UN agencies on Wednesday to call on countries to increase social protection programmes to protect those most at risk. 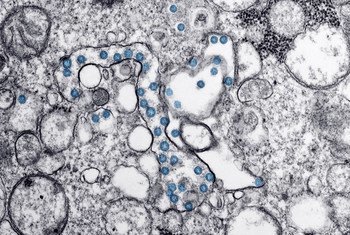 There is likely only a slim possibility of people being reinfected with COVID-19, the UN health agency said on Tuesday, following reports in Hong Kong that a man had contracted new coronavirus for a second time after an interval of more than four months.