UNSMIL
The relative of a prisoner weeps as she identifies his picture at a ceremony commemorating the anniversary of a 1996 massacre in which around 1,200 inmates were shot dead by their guards. (file)

Amidst deteriorating security and the lack of a judicial system in the north African nation, UN High Commissioner for Human Rights (OHCHR) Michele Bachelet, has appointed Mohamed Auajjar from Morocco, Tracy Robinson from Jamaica and Chaloka Beyani from Zambia and the UK, to conduct an Independent Fact-Finding Mission.

“This body of experts will serve as an essential mechanism to effectively address the widespread impunity for human rights violations and abuses committed, and can also serve as a deterrent to prevent further violations and contribute to peace and stability in the country”, she said.

Moreover, human rights defenders, activists and journalists have been attacked and forced to flee the country.

The Fact-Finding Mission on Libya was established by the Human Rights Council on 22 June 2020, to, among other things, document alleged violations and abuses of international human rights and humanitarian law by all parties in Libya, since the start of 2016.

“This body of experts will serve as an essential mechanism to effectively address the widespread impunity for human rights violations and abuses committed, and can also serve as a deterrent to prevent further violations and contribute to peace and stability in the country”, the High Commissioner stressed.

Libya has been a constant focus for the UN human rights office and the Security Council, since the overthrow of former dictator Muammar Gaddafi.

In June, Secretary-General, António Guterres expressed “deep shock” at the discovery of mass graves in the country and in July he told the Council that more than 400,000 people are now internally displaced from violence.

And, between 1 April and 30 June, the Support Mission in Libya (UNSMIL) documented at least 102 civilian deaths and 254 civilian injuries, an increase of 172 per cent from the first three months of 2020.

Meanwhile, the World Health Organization (WHO) had documented at least 21 attacks on medical facilities, ambulances and personnel.

Next month, the Independent Fact-Finding Mission will update the Human Rights Council with an oral account of its results.

And in 2021, the experts will write a comprehensive report on the situation of human rights in Libya, including on efforts to prevent and ensure accountability for violations and abuses of human rights, together with recommendations going forward.

Special Rapporteurs and independent rights experts are appointed by the Geneva-based UN Human Rights Council, to examine and report back on a specific human rights theme or a country situation. The positions are honorary and the experts are not UN staff, nor are they paid for their work. 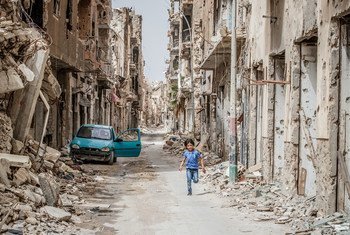 The UN Secretary-General, António Guterres, has expressed deep shock at the discovery of mass graves in Libya over recent days, in territory that was recently in the hands of the so-called opposition Libyan National Army (LNA) led by General Khalifa Haftar. 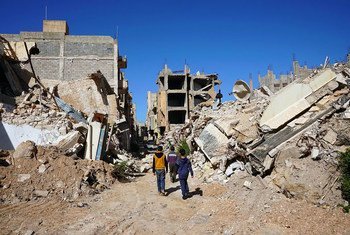 With battle lines shifting, foreign interference growing, thousands fleeing their homes and COVID-19 cases on the rise, time is running out for bringing a peaceful end to the conflict in Libya, Secretary-General António Guterres says.