© UNOCHA
Sonia Almassad, a Field Programme Officer from Syria, with the Office for the Coordination of Humanitarian Affairs in Yemen.

The only woman working in the field with the UN Office for the Coordination of Humanitarian Affairs (OCHA) in Yemen, Ms. Almassad leads a team of five men, and was based in Hudaydah, an important aid hub, during the first half of 2020.
Ms. Almassad shares her story as part of the #RealLifeHeroes campaign, by OCHA, ahead of this year’s World Humanitarian Day, on 19 August.

‘Scars that will never heal’

“During the 2006 war between Lebanon and Israel, I joined the UN refugee agency, UNHCR as a volunteer, on the borders between Syria and Lebanon and I saw how much families and children were suffering.

Then I joined the UN migration agency, IOM to work with Iraqi refugees. It was a very good programme, giving people a new chance and a new start, but when you hear their stories, they have scars that will never heal. Families who were kidnapped and tortured, women who were raped and who lost their children. I was part of the programme which sent some of the families to the USA, and it was remarkable to see them starting their new lives.

When the crisis started in Syria, I was with IOM as a field coordinator, moving from region to region. I saw people who were running from the ISIL terrorist group, who were living on the streets. I remember seeing a bleeding woman with a small baby, who was living on a cardboard box, and her family had no way to help her.

Then I moved to OCHA, where we see the bigger picture and, even if we don’t physically distribute relief, we do an important job. In Syria, I was organizing the plan to deliver aid to besieged areas, assessing needs, and negotiating with the Government, with armed groups, and with the agencies, to get the aid convoys moving.

© UNOCHA
Sonia Almassad, a Field Programme Officer from Syria, now with the Office for the Coordination of Humanitarian Affairs in Yemen.

To reach people in besieged areas is not easy. It’s not easy to build their trust. And as a Syrian I had protection issues: I hid behind a male name, Mohamed, for my Whatsapp profile because, as head of the access unit, I needed to remain anonymous.

I told people that I was a translator, working for a negotiator when, in fact, I was the one doing the negotiating. When I arrived with an aid convoy, everyone asked about Mohamed. I would say that Mohamed was sick, or out of the country. Every day Mohamed was elsewhere!

When negotiating access, you need to make sure people are safe. We can’t make it 100% but we do as much as we can and try to have guarantees from everyone at every level, includes the Syrian Government, the US and Russia, to make sure military activities would not take place during the convoy. And you need to include armed groups, to make sure that no one is kidnapped.

On my first convoy with OCHA in Syria in October 2016, we were going to the city of Douma. We had been given access guarantees but, as we entered the city, a fight broke out between the armed groups and they attacked us with mortars. We had to flee to a basement, where we started talking to the deconfliction partners, the Russians and Americans. The armed groups who had given us the guarantees tried to make it right. We waited a few hours until the problem was solved, then offloaded the trucks.

‘This is work that I believe in‘

This is work that I believe in. I want to do good things for people. In Yemen, I negotiate for access now across parts of the country. The most frustrating thing for me is to see the needs that people have in this critical situation, and that we’re not able to respond in the right way, because of a lack of funds and lack of access. It is so difficult when you see people in need and they’re looking for your support and you can’t support them.

Being the only woman, and being a leader, is a very moving experience. In Yemeni culture, to have a woman who is negotiating and advocating is very unusual. I used to make a joke with the Yemenis. I tell them that there was a Yemeni queen, Arwa, who reigned for 50 years, so they should be used to women in charge! Now I see that our colleagues are changing their attitudes: they now say that they talk about me to their daughters and wives.” 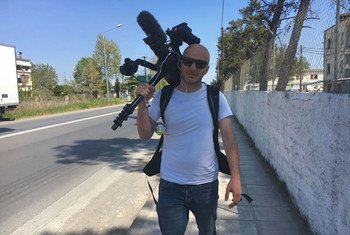 Hassan Akkad, an award-winning Syrian film-maker, fled the war in his country four years ago and now lives as a refugee in the United Kingdom. Following the outbreak of COVID-19, he decided to help those affected by the pandemic, by becoming a cleaner at a London hospital. 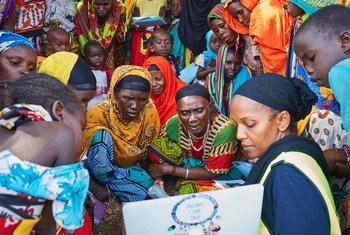 In the remote Lamu region, on the northeast coast of Kenya, quality healthcare is hard to come by. Every month, medical staff from Safari Doctors, an NGO founded by Umra Omar, set sail on a boat filled with medicines, to provide free basic medicines to hundreds of marginalized inhabitants in several coastal villages.