The lack of trust and cooperation among States, and the diminished faith in “the very multilateral institution that was designed to maintain global peace and security”, must be overcome, a high-level UN official told a prominent disarmament conference on Thursday.

“There is an urgent need to stop the erosion of the nuclear order. All countries possessing nuclear weapons have an obligation to lead”, Director-General of the UN Office at Geneva (UNOG) Tatiana Valovaya, told the Conference on Disarmament, which she also heads.

The multilateral disarmament forum was established in 1984 to negotiate arms control and disarmament agreements, and meets three times a year in Geneva.

"We must overcome the current global situation of insecurity .... and the diminished faith in and support for the very multilateral institution that was designed to maintain global peace and security"- @UN_Valovaya at the Conference on Disarmament today📸: UN Photo/A. Kane pic.twitter.com/CMl1uED1GC

The session began with all participants standing to observe one minute of silence in tribute to those killed in Beirut on 4 August, and during the COVID-19 pandemic.

Ms. Valovaya noted that 2020 was a year of important disarmament milestones, including the 75th anniversary of the Organization’s founding, and of the atomic bombings of Hiroshima and Nagasaki, along with the 50th anniversary of the entry into force of the Nuclear Non-Proliferation Treaty.

“Remembering these landmark moments from our common history is not an end in itself”, she stressed. “Rather, it should provide the impetus to address important questions on the way forward in disarmament”.

She maintained that they should generate momentum to do more to counter the erosion of the disarmament, arms control and non-proliferation architecture, encouraging more constructive work to “negotiate new global legal instruments, including in this Conference”.

She urged participants to “jointly reflect on these issues” and what they mean for the Conference.

Upholding that the body remains an “extraordinary platform for dialogue and confidence-building”, she expressed encouragement over its members’ determination to resume meetings and stood ready, with the Secretariat, to support its work.

Speaking as UNOG chief, Ms. Valovaya explained that the Secretariat was facing “a severe liquidity crisis”.

“While we are sparing no effort to identify ways to re-prioritize and make bridge funding available”, she informed that the Office in Geneva “has not received sufficient funding for normal operations through to the year’s end”.

And this comes on top of “unforeseen expenses related to the COVID-19 pandemic”.

She said that her office would soon be briefing Member States in Geneva on the situation, measures and outlook going forward for the rest of the year.

UN Photo/Adam Kane
Interpreters, pictured here, and all those at the Conference on Disarmament stood for one minute in silence to pay tribute to the lives lost in Beirut on 4 August and throughout the COVID-19 pandemic.

“All possible measures have been taken to make these conference rooms a safe place to be in” she said, in relation to the coronavirus.

“Given that our ability to support hybrid meetings for intergovernmental bodies remains limited, I would encourage you to consider resuming physical meetings soon, allowing you to continue your important work to the fullest extent”, she said.

“I stand ready with my respective teams to extend the maximum support possible to the intergovernmental process in this vitally important area of peace and security that is the multilateral disarmament efforts of you, the Member States”, she concluded.

The President of the Conference on Disarmament, Shameem Ahsan, spoke in his capacity as the Ambassador of Bangladesh, saying that “a broad majority of the Member States” were not happy that the Conference had not delivered any substantial progress over the last two decades.

Stressing the need to “draw upon collective wisdom and act together towards reaching a broad consensus”, he noted that the 75th anniversary of the atomic bombings in Japan, reminded the international community of the “real and harrowing consequences of war” and the growing urgency to free the world of nuclear weapons. 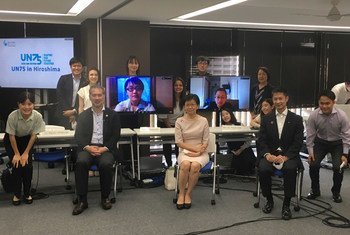 Nuclear weapons are still one of the most serious threats to mankind, and the dangers are growing. Young people can play an important role in ensuring that they are eliminated once and for all, says the UN’s top disarmament official, ahead of International Youth Day on 12 August. 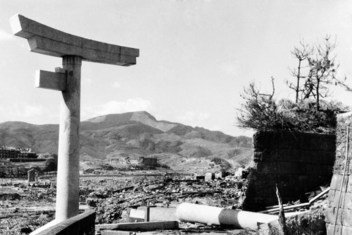