Speaking in the capital on Wednesday, agency chief David Beasley announced that WFP will deliver 17,500 metric tons of wheat flour and a three-month supply of wheat to help replenish food reserves.

WFP is bringing 17,500 metric tons of wheat flour &amp; a 3 month supply of wheat to help replenish #Lebanon's food reserves.This is part of a logistics operation that will also involve setting up warehouses and mobile grain storage units.Find out more👉 https://t.co/japoG9Uo83 pic.twitter.com/xfBbl2chBe

The first wheat flour shipment is expected to arrive within the next 10 days.

“It is hard to comprehend the sheer scale of the destruction caused by the explosion until you have seen it for yourself. I am heartbroken”, Mr. Beasley said after spending three days in Lebanon.

“Today, because of the port explosion, thousands of people have been left homeless and hungry. WFP is racing to provide help for the most vulnerable and to prevent food shortages across the country.”

While in Lebanon, Mr. Beasley visited the Ports of Beirut and Tripoli, witnessing food distributions and the provision of food in communal kitchens run by WFP’s partner, Catholic relief network Caritas.

He also visited injured WFP staff in the hospital and met with President Michel Aoun and top government officials where he stressed the agency’s operational autonomy and neutrality.

The WFP assistance is part of a rapid logistics operation that will also involve setting up warehouses and mobile grain storage units.

Lebanon imports nearly 85 per cent of its food and Beirut Port was essential for trade coming into the country.

WFP will also bring in equipment to render the port operational enough so that wheat and other bulk grains can be imported, while a third plane will carry generators and mobile storage units as an immediate solution.

“After examining the port we feel confident that we can establish an emergency operation very soon,” said Mr. Beasley. “There's no time to waste as we are looking at a catastrophe in the making if we do not get food in and get this part of the port operational again.”

With one million people in Lebanon currently living below the poverty line, according to World Bank data, WFP is also helping families affected by the economic crisis and COVID-19 lockdown measures.

The UN agency has procured 150,000 food parcels for households. Since the Beirut explosion, it has distributed parcels to two local communal kitchens that are providing meals to victims and volunteers.

WFP also will scale-up its cash assistance programme, which currently serves more than 100,000 people. The aim is to reach one million across the country, including Beirut residents directly affected by the explosion.

Overall, WFP will require $235 million to cover this emergency assistance, as well as logistics and supply chain support.

Support for displaced women and girls

The UN Population Fund (UNFPA), which supports reproductive and maternal health worldwide, is ramping up efforts to support an estimated 129,000 women and girls displaced by the Beirut explosion, including roughly 4,000 expectant mothers.

As many maternity wards and primary healthcare facilities were damaged or otherwise impacted by the blast, the agency is working to ensure pregnant women can continue to receive ante-natal care and delivery services.

UNFPA has appealed for $19.6 million to provide urgently needed services in areas such as sexual and reproductive health, obstetrics, family planning, and ante-natal and postnatal care. The UN agency is also procuring medical equipment, medicines and supplies for maternity departments and health facilities, among other action.

As a result of the crisis, the agency anticipates increasing risk of GBV and sexual exploitation due to displacement, economic hardship and the establishment of temporary shelters.

“These risks were already on the rise before the incident due in large part to the COVID-19 pandemic with a notable rise in reported intimate partner violence,” according to a UNFPA press release. 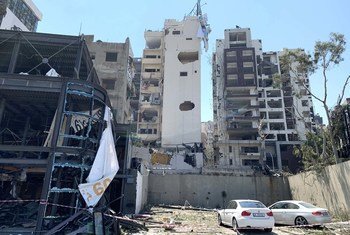 Dozens of refugees were among the victims of the deadly explosions at Beirut’s port a week ago that destroyed large areas of the Lebanese capital, the UN refugee agency, UNHCR, reported on Tuesday. 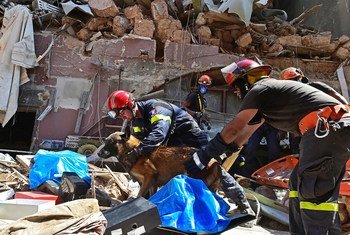