The comprehensive network of specialist UN agencies are working together to help the people of the Lebanese capital get back on their feet, but if you are wondering what you can do to help, we’ve put together this list of what they are doing, and where you can donate, to ensure that any aid you can give, reaches the people most in need.

This Friday and into the weekend, the UN continues to mobilize emergency assistance, including relief items such as temporary shelters. for approximately 300,000 displaced people. 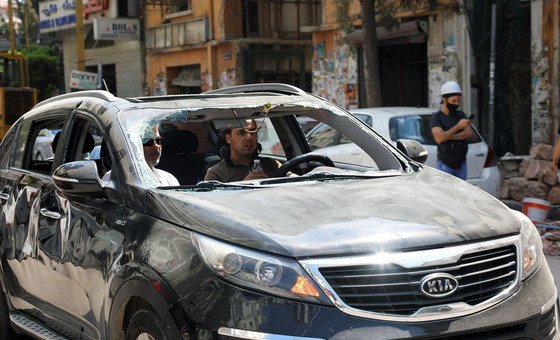 The horrific blast has brought into sharp focus the need for the international community to step up and help Lebanon and its people at their time of greatest crisis, suffering the impact of economic collapse, political turmoil and uncertainty, rising infection rates from COVID-19, and the terrible destruction wrought by Tuesday’s explosion.

The blast ripped through “a country already facing civil unrest, economic hardship, the coronavirus outbreak, and a heavy burden from the Syrian refugee crisis”, the UN Humanitarian Coordinator, Mark Lowcock, pointed out on Friday.

Meanwhile, within 36 hours of the blast, the UN Resident and Humanitarian Coordinator for Lebanon, Najat Rochdi, had released $9 million from the Lebanon Humanitarian Fund to address primary health needs and provide food assistance to the most vulnerable.

In a specially recorded audio message for UN News, Ms. Rochdi gave an assurance that all funds that members of the public around the world feel moved to donate to the UN, and its NGO partners, “will go directly to the people who suffered from this horrendous blast’.

Hear her full message, below.

Any donation that can be provided “will help alleviate the immediate suffering and support the Lebanese people as they start the process of rebuilding”, said Mr. Lowcock.

Amid concerns that the explosion will worsen an already grim food security situation that has coincided with a profound financial crisis and the COVID-19 pandemic, the World Food Programme (WFP) said it is in “close” discussions with Lebanese authorities to coordinate its emergency food response.

As the country works to rebuild Beirut Port, WFP announced on Friday that it would help boost food security across the country by importing wheat, flour and grain as huge cereal silos were destroyed in the epicentre of the blast.

Already providing cash and food programmes in Lebanon, WFP will also help with logistical and supply chain expertise and any donation you can spare would be greatly appreciated.

Lebanon: Following the deadly blast that hit #Beirut on Tuesday, food prices are expected to skyrocket.@WFP is providing support to the country, which is already reeling from a weakened economy & #COVID19. https://t.co/dWFgdLBdY1 pic.twitter.com/ne6GrfiZH5

WHO: Working with health partners

The day after the massive blast, the World Health Organization (WHO) sent 20 tonnes of health supplies to cover 1,000 trauma and 1,000 surgical interventions for those injured in the explosion.

And on Friday afternoon WHO chief Tedros Adhanom Ghebreyesus released $2.2M from the Contingency Fund for Emergencies (CFE) to support the immediate response while ensuring the continuity of addressing the COVID-19 pandemic. Click here to support the UN agency’s work in dealing with the on-going outbreaks in countries dealing with multiple disasters like Lebanon.

As they rush to support the Government-led response, “shelter, health and protection” are the top priorities for the Office of the UN High Commissioner for Refugees (UNHCR), spokesperson Charlie Yaxley told reporters on Friday.

“The need for shelter is massive”, he said, adding that the explosion may have also impacted refugees living in Beirut.

As UNHCR continues to respond to the COVID-19 crisis, it is also working to decrease the pressure on overwhelmed hospitals and allow more patients to be treated promptly. Any contribution you can make will be used to help achieve this.

While the impacts of the explosion on Lebanon’s estimated 400,000 labour migrants and approximately 1.5 million refugees are yet to be seen, those already living in precarious situations will certainly be at greater risk, according to the International Organization for Migration (IOM).

The UN migration agency is working alongside UN partners to conduct a rapid assessment to further understand the magnitude of the damage and the specific needs of the most vulnerable people – including Lebanese citizens, migrants and refugees.

“Now more than ever we must guarantee the health, safety and security of Lebanon’s most vulnerable people”, said IOM Director General António Vitorino, stressing the need to incorporate the needs of migrants and refugees in broader emergency response plans. Click here to donate to IOM’s general relief efforts.

Against the backdrop of massive damage to homes, and COVID-19 cases spiking to a record 255 infections registered on Thursday, the UN Children’s Fund (UNICEF) cited latest available figures on Friday estimating that up to 100,000 children might be homeless, or living without water or electricity.

“The needs are immediate, and they are huge”, UNICEF spokesperson Marixie Mercado told journalist in Geneva on Friday, appealing for an initial $8.25 million for the emergency response.

Among other things, UNICEF is working to replace PPE and other medical products lost in the blast while procuring critical health supplies; distribute water; reunite children separated from their families, and provide them with psychosocial support. 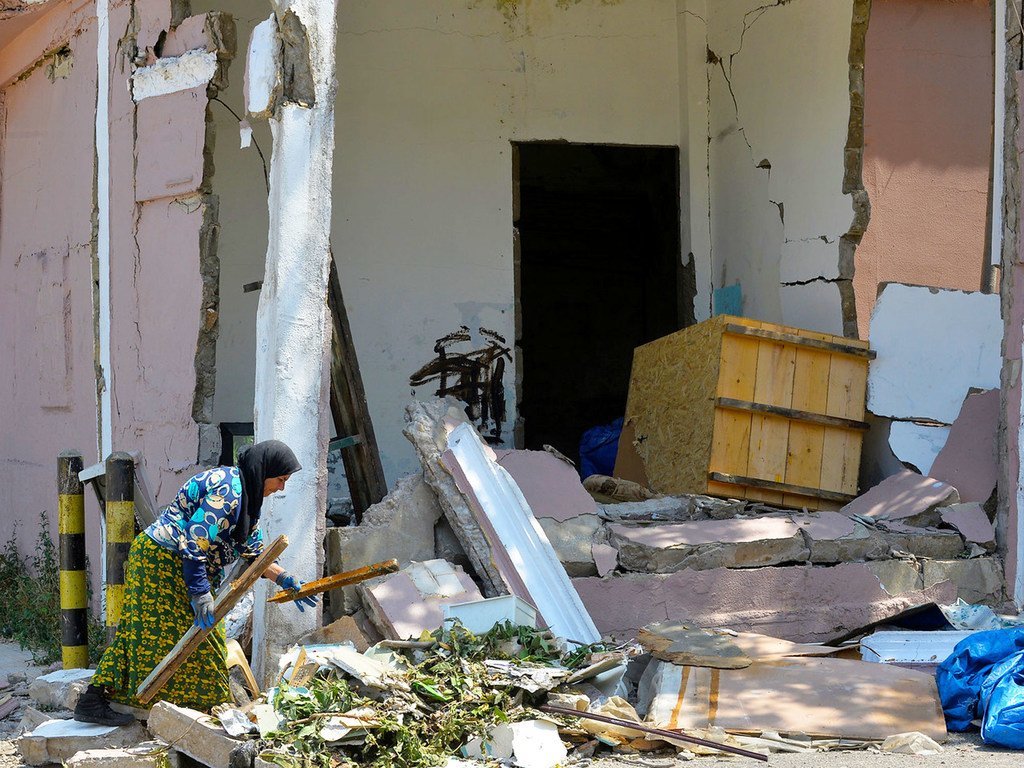 © UNOCHA
A woman in Beirut searches through the rubble that was once her home after a blast on 4 August pummeled her home.

With large swathes of the city unfit to live in, the country's principle port all but destroyed and the health system on its knees, the Office of the High Commissioner of Human Rights (OHCHR) called the situation “dire”.

“Victims' calls for accountability must be heard, including through undertaking an impartial, independent, thorough and transparent investigation into the explosion”, OHCHR Spokesperson Rupert Colville said, calling for “a swift international response and sustained engagement”, to prevent many more lives from being lost.

Click here to assist the UN human rights agency protect the rights of the poorest and most vulnerable.

UN staff across the world have also stood shoulder-to-shoulder in solidarity with their Lebanese colleagues.

Click here to donate to the Go Fund Me page set up by UN Staff Unions and Associations. 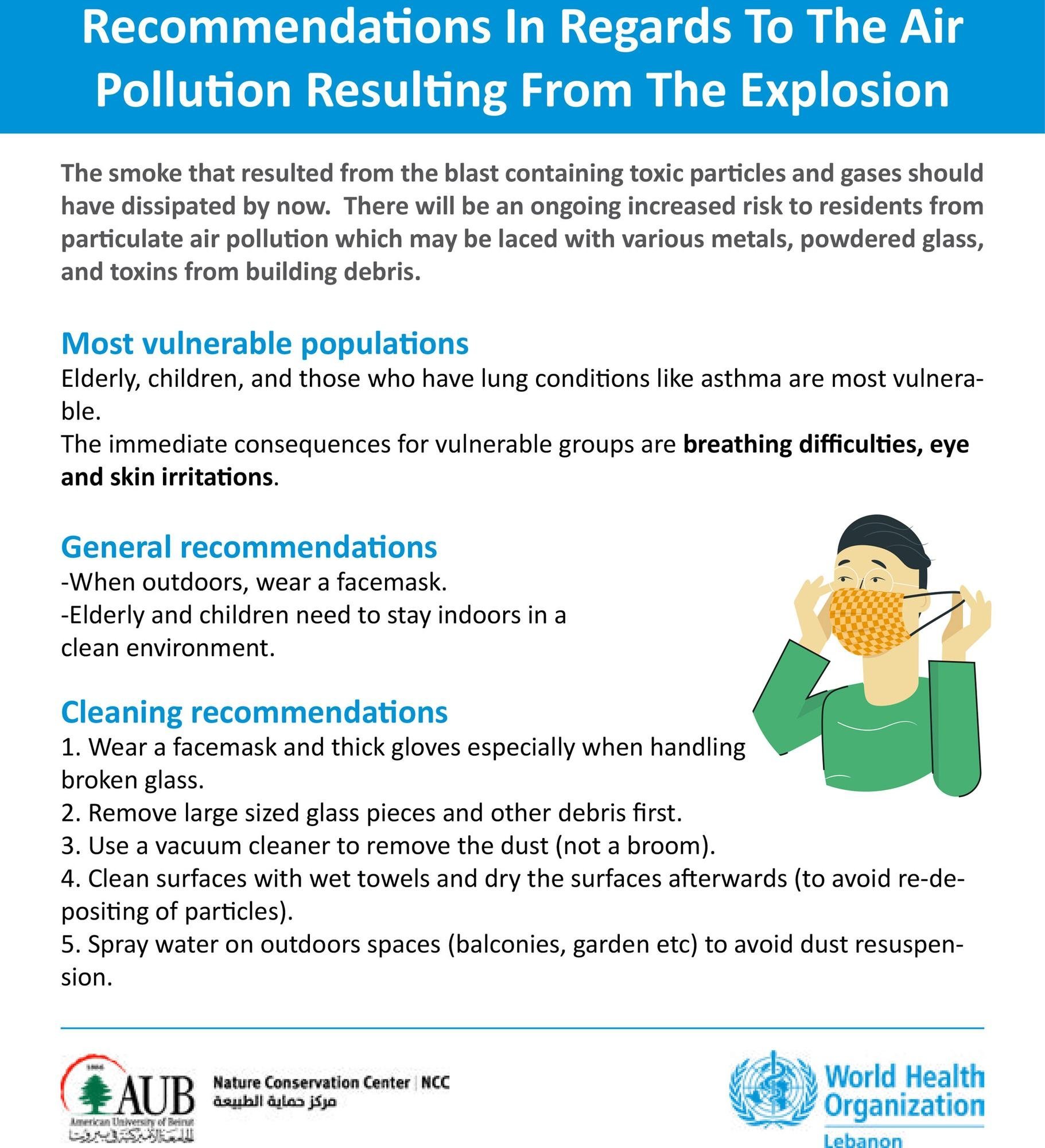 WHO
Recommendations by WHO and AUB on air pollution against any repercussions from the Beirut port explosion.
♦ Receive daily updates directly in your inbox - Subscribe here to a topic.
♦ Download the UN News app for your iOS or Android devices.
Beirut|Lebanon|Middle East 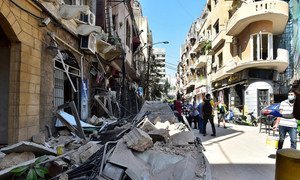 Across Lebanon, “the needs are immediate, and they are huge” in the aftermath of the explosion that destroyed Beirut city port, UN agencies said on Friday. 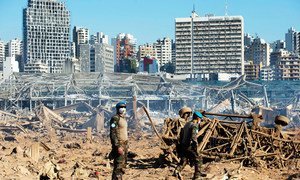