UN Photo/Stuart Price
Wreckage of suicide car bomb in Mogadishu (file). The Security Council met on 6 August to update members on the nexus between terrorism and organized crime.
6 August 2020
Peace and Security

“Comprehensive and cooperative responses are needed more than ever”, said Ghada Waly, Executive Director of the UN Office on Drugs and Crime (UNODC).  The COVID-19 crisis is raising a new set of challenges for national authorities, as criminals seek to exploit vulnerabilities created by lockdowns and shifting travel patterns.  Building the capacities to deal with these threats is now a key part of UNODC’s focus, she noted.

Today, @UN_OCT USG Voronkov and @UNODC ED @GhadaFathiWaly briefed the @UN Security Council on the Report of the Secretary-General @antonioguterres on the nexus between organized crime and terrorism pursuant to resolution 2482.

Presenting the Secretary-General’s report on actions taken by Member States to address the links between terrorism and organized crime, mandated by resolution 2482 (2019), she said it reflects the contributions of some 50 Member States and 15 Counter-Terrorism Coordination Compact entities, as well as the Counter-Terrorism Committee Executive Directorate and the Analytical Support and Sanctions Monitoring Team.

She said Member States highlighted a range of links, often in connection with the financing of terrorism.  Some could not confirm the existence of links, due to constraints on their investigative capacities.

Many reported that terrorists and organized criminals cooperate on the basis of shared territory or mutual interest, often drawing on personal connections forged in prisons.

She said many States also reported that terrorists benefit from organized criminal activities such as people trafficking, migrant smuggling, kidnapping for ransom and illicit drug trafficking.  As criminal networks are often interested in cooperating with terrorist groups to avoid scrutiny by national authorities, Member States have adopted legislative policies and operational responses identified in resolution 2482 (2019).

Further, she said Member States emphasized the importance of ratifying legal instruments, such as the Convention against Transnational Organized Crime, and various international drug control conventions.

They cited the need to fight money laundering - notably by complying with UN resolutions and building public-private partnerships. 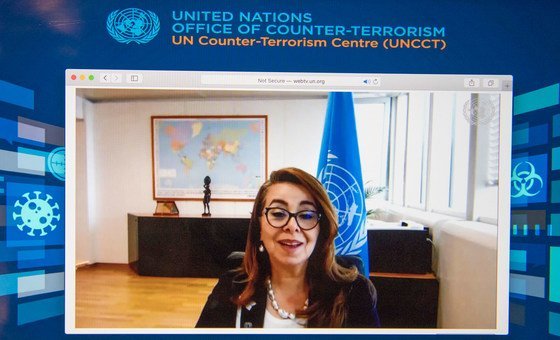 Ghada Fathy Ismail Waly, Executive Director of the United Nations Office on Drugs and Crime (UNODC), addresses the virtual event to mark the World Day Against Trafficking in Persons 2020., by UN Photo/Eskinder Debebe

Strengthening border security - in particular by analyzing flight passenger data - is another priority, she said, along with improving prison management to prevent radicalization and developing whole-of-society approaches to countering violent extremism.

Going forward, she said national legal frameworks could be updated to include precise definitions of terrorism.  More resources could be directed towards criminal justice coordination and establishing specialized units, as well as through a greater focus on intelligence-led policing, and evidence collection.

A 350 per cent rise in phishing scams: Voronkov

“Our discussions showed there is a shared understanding and concern among Member States that terrorists are generating funds from illicit trafficking in drugs, goods, natural resources and antiquities, as well as kidnapping for ransom, extorting and committing other heinous crimes”, he said.

He said speakers highlighted a significant rise in cybercrime in recent months, with a 350 per cent increase in phishing websites in the first quarter of 2020 – many targeting hospitals and health care systems.

Speakers also noted the importance of ensuring that efforts to address the nexus between terrorism and organized crime are proportionate to the threat and fully respect human rights and fundamental freedoms.

“Terrorists are exploiting the significant disruption and economic hardships caused by COVID-19 to spread fear, hate and division and radicalize and recruit new followers”, he emphasized.

Noting that the Office of Counter-Terrorism works with UNODC, the Counter-Terrorism Executive Directorate and INTERPOL to help Member States fight money laundering and terrorism financing, as well as enhance border security, law enforcement and prison management, he said efforts must be made to study how the links between terrorism and organized crime evolve - without automatically conflating both threats.

Member States are rightly focused on tackling the health crisis caused by COVID-19.  “But we must not forget or be complacent about the continuing threat of terrorism”, he warned.  In many parts of the world, terrorists are exploiting local grievances and poor governance to regroup and assert their control.  “Collective action and international cooperation are needed now more than ever.”

♦ Receive daily updates directly in your inbox - Subscribe here to a topic.
♦ Download the UN News app for your iOS or Android devices.
security council|counter-terrorism|Trafficking|illegal drugs 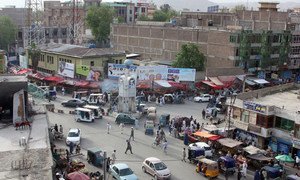 Members of the UN Security Council have condemned “in the strongest terms” the terrorist attack at a prison complex in Jalalabad, Afghanistan, on Monday, that left at least 29 people – including civilians – dead. 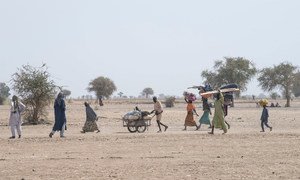 The Secretary-General strongly condemned “heinous attacks” against civilians in the Lake Chad Basin, a UN spokesperson said on Monday.