Nickolay Mladenov, briefing the Security Council on Tuesday, said that a dramatic increase in novel coronavirus cases in both the West Bank, including East Jerusalem, and Israel is having a big impact on the situation on the ground.

Thank you, #Israeli and #Palestinian #civilsociety, your peacebuilding work is an inspiration! Excellent discussion today about need for dialogue, keeping the prospect of #peace alive and the grave risks of potential annexation.#UN will continue to support peacebuilding efforts. pic.twitter.com/NKq6zimDKJ

Israel and the Palestinian Authority have both put restrictions on movement back into place, but the ability to cope with a big surge in cases in the West Bank - and to improve prevention efforts in Gaza – is being “significantly compounded” by the end of coordinated measures seen at the outset of the pandemic, he said.

In addition, the Palestinian Authority’s refusal to accept any clearance revenues transferred by Israel, is blocking the ability of Gaza inhabitants to travel outside for treatment and triggering delays in the delivery of humanitarian assistance, he added.

The UN is trying to help by engaging with all sides to ensure that humanitarian aid gets through, but there are limits to what it and others can do, he said, stressing that primary responsibility for people’s well-being still remains with the Palestinian Authority and the Israeli Government.

The Special Coordinator also reiterated the UN chief’s call to members of the Middle East Quartet, Arab countries, and the Israeli and Palestinian leaderships to re-engage urgently.

“We need to restart diplomacy”, he said, adding that the COVID-19 pandemic and its ensuing economic crisis, which has sent Israeli unemployment soaring past 20 per cent, are a chance to move forward along the path to a negotiated two-State solution in line with UN resolutions, bilateral agreements and international law.

“The ferocity of the COVID-19 virus and its devastating human and economic toll demand extraordinary measures (that) rise above politics-as-usual,” he said.

“Immediate efforts to curb the virus and to mitigate its impact must be prioritized.  Israeli and Palestinian leaders have a duty to protect the lives and livelihoods of their populations.” 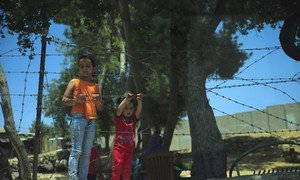 The UN High Commissioner for Human Rights warned Israel on Monday not to proceed along the “dangerous path” of annexing a swathe of occupied Palestinian territory, urging the Government to listen to its own former senior officials along with the “multitude of voices around the world”. 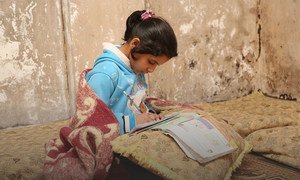