UN Women/Fahad Kaizer
Development workers hand over relief aid to a woman amid the COVID-19 pandemic in Dhaka, Bangladesh.

“It’s up to us to make sure that we use the power of multilateral investment and commitment to realize the potential gains from radical, positive action to redress long-standing inequalities in multiple areas of women’s lives,” said UN Women Executive Director Phumzile Mlambo Ngcuka, during the day-long interactive hearing organized by General Assembly President Tijani Muhammad-Bande.

The virtual event rallied participants around the need for stronger multilateral commitment to implement the 1995 Beijing Platform for Action. Adopted at the watershed Fourth World Conference on Women in Beijing, it outlines 12 critical areas where action is needed to create gender equality - and ways to bring about change. Together with the Beijing Declaration, it is widely considered the most progressive blueprint for advancing women's rights.

The interactive hearing more broadly sets the stage for a high-level meeting to be held by the Assembly on “Accelerating the realization of gender equality and the empowerment of women and girls”, on 23 September, during its annual general debate.

Ms. Mlambo Ngcuka urged Governments - and all other service providers - to plan their COVID-19 response “as they have never done before”, including women in its design and fully taking a gender perspective into account.

COVID-19 has laid bare existing inequalities, she stressed. Across every sphere - from health to the economy, security to social protection - women and girls are disproportionately affected.

Ms. Mlambo Ngcuka – who devoted particular attention to empowering women as Deputy President of South Africa from 2005 to 2008 - said women today, aged 25 to 34, are 25 per cent more likely than men to live in poverty. While women’s political representation has doubled since 1995, men still control more than three quarters of the seats in the single and lower houses of parliaments around the world.

And after years of progress, she said the proportion of peace agreements that included references to women, dropped from 32 per cent between 2011 and 2015 to 7.7 per cent in 2018.

“We simply cannot allow the coronavirus to threaten the lives and future of women,” said Mr. Muhammad-Bande. Twenty-five years after adopting the Platform for Action, efforts to stop the spread of COVID-19 have shut schools, diverted resources to pandemic response, and disproportionately affected women with a significant uptick in unpaid care work.

The needs of women and girls must be central to both rapid-response and long-term recovery planning, he asserted, with women included in every decision-making forum.

“Gender equality is everybody’s responsibility,” he said. The conversation must move beyond a virtual platform, “to amplify the voice of every girl and facilitate women’s leadership in all arenas”. 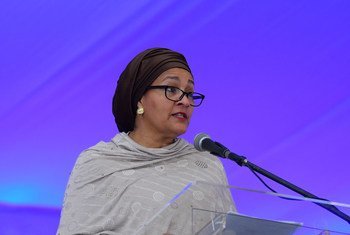 Although the COVID-19 pandemic has generated an unprecedented global health, humanitarian and development crisis, it has also revealed the power of women’s leadership, according to the UN Deputy Secretary-General. 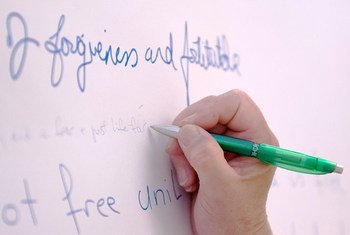 As the coronavirus outbreak continues to rage around the world, the UN chief urged everyone on Monday to take up a new social contract to combat the “inequality pandemic”, at a UN event marking the weekend’s observance of Nelson Mandela Day.