With the COVID-19 pandemic leading to a pause for most sport worldwide, the UN has been celebrating a highly-competitive game that you can play safely indoors or online – with the added bonus of helping reduce anxiety, and improving mental health: Monday marks the first ever World Chess Day.

“Today is a day of celebration for an intellectual game that for centuries has managed to entertain, stimulate and sometimes even confound millions of us, the world over”, Melissa Fleming, Under-Secretary-General of UN Global Communications said, at a virtual commemorative event.

“And as we celebrate, we remind ourselves of the special value that a game such as chess is bringing to so many people during this awful COVID-19 pandemic”, she added.

Games &amp; sports can help get through times of crisis like #COVID19 by reducing anxieties &amp; improving mental health. Monday is the first-ever #WorldChessDay. https://t.co/g8R2BnWLXU pic.twitter.com/xdlgG5thNU

In her keynote address, the UN communications chief noted that the pandemic represents a physical, social and economic crisis – imposing restrictions on everyone and rendering sports that can be played online, or at a safe physical distance, more important than ever.

“They feed our lifelong sense of play…nurture our passion and enthusiasm… refresh our minds and bodies…distract us from troubles, and reduce our anxieties”, said Ms. Fleming.

According to reports, the pandemic has spurred a surge in chess, with more players coming together online, to compete and enjoy the game.

The UN has long recognized that sport, along with the arts and physical activity, has the power to change perceptions, prejudices and behaviours, as well as to break down racial and political barriers.

Combining sport, scientific thinking and artistic flair, chess is one of the most ancient, intellectual and cultural of games, according to the UN.

It is affordable, inclusive and can be played anywhere; across barriers of language, age, gender, physical ability or social status.

And because chess promotes fairness and mutual respect, it can contribute to an atmosphere of tolerance and understanding among peoples and nations.

“The UN is mainstreaming sport initiatives into its work towards development and peace, part of our wider efforts to achieve the Sustainable Development Goals by 2030”, affirmed Ms. Fleming.

This is being done by strengthening education; realizing gender equality and the empowerment of women and girls.

“Increasingly people realize that sport can act as an enabler of sustainable development, peace and social inclusion”, she added.

A tool to improve the world

Moderating the event, Armenia’s UN Ambassador Mher Margaryan said that chess was an “essential part of Armenia’s culture, having earned our country, with a population of three million people, the title of Olympic and world champion”.

Arkady Dvorkovich, President of the International Federation of Chess (FIDE) noted that he looked forward to making chess “a tool to improve the world”.

Also taking part in the event, the fifteenth world chess champion, groundbreaking Indian grandmaster, Viswanathan Anand, reflected on the long history of chess as a masterful "game of strategy". 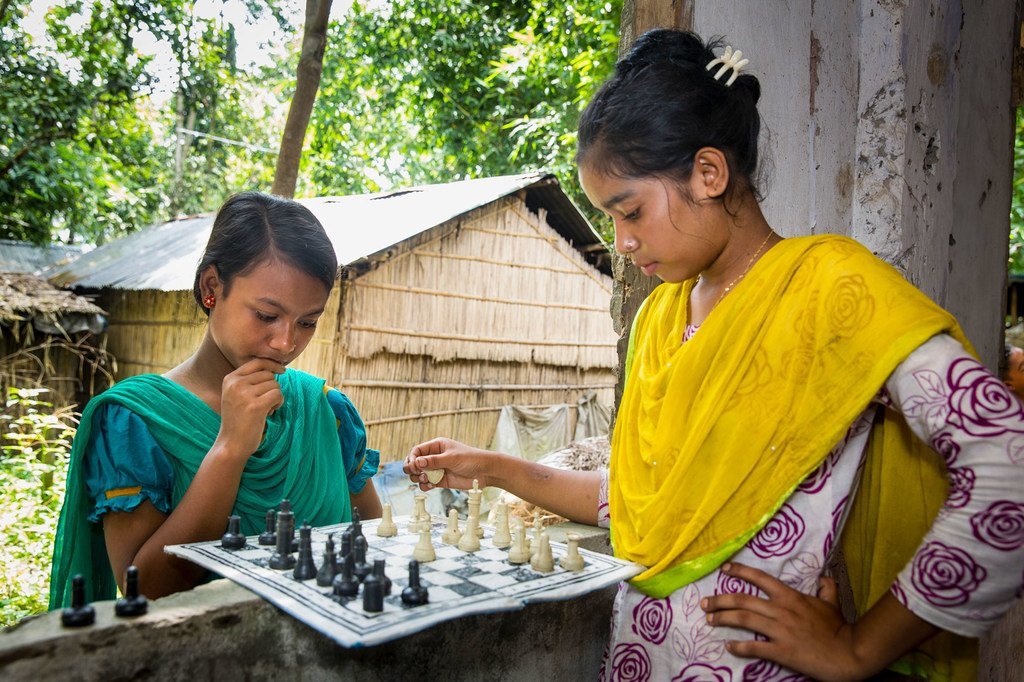 © UNICEF/Jannatul Mawa
Teenage girls play chess at their club in Jamalpur, Bangladesh..
♦ Receive daily updates directly in your inbox - Subscribe here to a topic.
♦ Download the UN News app for your iOS or Android devices. 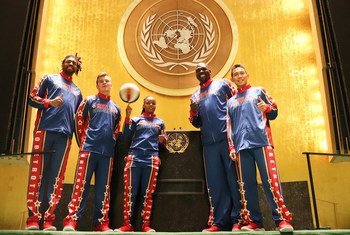 You don’t have to be from New York or even the United States to be a Harlem Globetrotter. Yet in the team's 93-year history, less than two dozen players have been born overseas, UN News learned, during an impromptu visit by the legendary basketball role models to UN Headquarters this week.