An independent UN human rights expert is calling for greater scrutiny of emerging digital technologies which she said are being used to uphold racial inequality, discrimination and intolerance.

Special Rapporteur on racism, Tendayi Achiume, presented her concerns in a report delivered on Wednesday to the UN Human Rights Council in Geneva.

“Technology is not neutral or objective”, said Ms. Achiume, who was appointed by the Council and is neither a UN staff member nor paid by the Organization.

“It is fundamentally shaped by the racial, ethnic, gender and other inequalities prevalent in society, and typically makes these inequalities worse. It is resulting in discrimination and unequal treatment in all areas of life, from education and employment to healthcare and criminal justice.”

While extremist racism, xenophobia and intolerance are at issue, the problem runs much deeper, according to the rights expert.

“Corporations such as Facebook, have economic and business models that mean they actively profit from misinformation, discrimination and intolerance”, she said, adding that many governments have adopted algorithms which discriminate against marginalised groups.

In addition to pressing for reparations for those affected by entrenched racism, Ms. Achiume also called for possibly banning some technologies.

“The deaths of George Floyd and countless others have prompted a transnational uprising against systemic racism in law enforcement,” she said, referring to the African American man who died in May while in police custody on a street in Minneapolis.

“Part of the human rights response must include greater scrutiny of how the design and use of digital technologies is further entrenching this systemic racism.”

With her report released against the backdrop of the COVID-19 pandemic, which has hit racial and ethnic minorities the hardest, Ms. Achiume warned that technology deployed to combat spread of the disease “is the same type that has been used to exclude these communities from full enjoyment of their human rights in the past”.

To prevent and eliminate racial discrimination in technological design will require having more racial and ethnic minorities in decision-making in the industry, Ms. Adichie said.

“States must also provide the full spectrum of effective remedies for those against whom emerging digital technologies have racially discriminated”, she added.

“This includes accountability for racial discrimination, and reparations to affected individuals and communities. As recent moves to ban facial recognition technologies in some parts of the world show - in some cases the discriminatory effect of digital technologies will require their outright prohibition.” 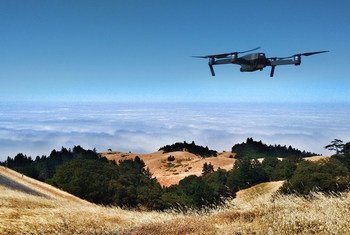 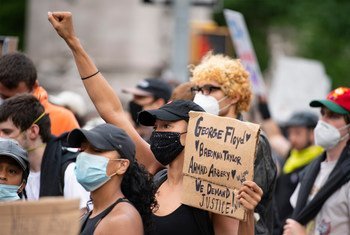