UNICEF/Pirozzi
An 11-year-old boy finds relief from the summer heat by playing in a fountain in a historic part of the city of Samarkand, Uzbekistan. (file)
8 July 2020
Climate Change

Annual global temperature is likely to be at least 1°C warmer than pre-industrial levels in each of the coming five years, putting globally agreed climate change targets in jeopardy, new data from the World Meteorological Organization (WMO) reveals.

The prediction is among the findings in the UN agency’s latest Global Annual to Decadal Climate Update, released on Thursday in Geneva, which also shows that temperature could exceed 1.5°C in at least one year between now and 2024.

The Earth’s average temperature has already risen beyond 1°C above the pre-industrial period, which spans 1850-1900, while the last five years have been the warmest on record.

“This study shows – with a high level of scientific skill – the enormous challenge ahead in meeting the Paris Agreement on Climate Change target of keeping a global temperature rise this century well below 2 degrees Celsius above pre-industrial levels and to pursue efforts to limit the temperature increase even further to 1.5 degrees Celsius”, said WMO Secretary-General Petteri Taalas.

No substitute for action

The latest predictions take into account natural variations and human influences on climate but exclude changes in greenhouse gas emissions and aerosols resulting from lockdowns during the coronavirus pandemic.

WMO explained that the slowdown in industrial and economic activity due to the pandemic is not a substitute for sustained and coordinated climate action.

“Due to the very long lifetime of CO2 in the atmosphere, the impact of the drop in emissions this year is not expected to lead to a reduction of CO2 atmospheric concentrations which are driving global temperature increases”, said Mr. Taalas.

“Whilst COVID-19 has caused a severe international health and economic crisis, failure to tackle climate change may threaten human well-being, ecosystems and economies for centuries, Governments should use the opportunity to embrace climate action as part of recovery programmes and ensure that we grow back better.”

The Global Annual to Decadal Climate Update is led by the United Kingdom’s Met Office.

It harnesses the expertise of internationally acclaimed climate scientists and the best computer models from leading climate centres around the world.

WMO explained that combining forecasts from across the globe enables a higher quality product than what can be obtained from any single source.

♦ Receive daily updates directly in your inbox - Subscribe here to a topic.
♦ Download the UN News app for your iOS or Android devices.
WMO|Paris Agreement|COVID-19 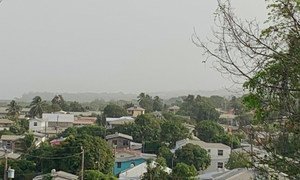 A massive dust storm currently blanketing many parts of the Caribbean, posing a significant threat to regional health, has revealed the importance of having effective warning systems in place, the World Meteorological Office (WMO) said on Friday. 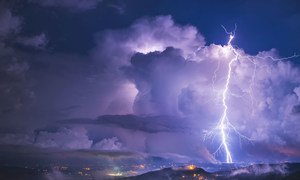