In Myanmar, the COVID-19 lockdown has laid bare the stigmatization, discrimination and harassment faced by many LGBTQI people, particularly in rural areas. The United Nations is working to support those people.

When the first case of COVID-19 was discovered in Myanmar in late March, quarantine centres were set up in sites around the country. People arriving in a town—such as migrant workers returning home—had to quarantine at their local centre for 21 days.

One of the first people to work as a volunteer at the quarantine centre in the town of Pyay was a man named Min Min. Like other centres around the country, this one was in a school that was repurposed for the pandemic.

The roughly 20 volunteers were divided into two groups. The “outer circle”, according to Min Min, dealt with external affairs, such as coordinating donations, going shopping for food, and registering new arrivals. “Inner circle” volunteers distributed food among people in the centre, took out the trash, did the cleaning.

“The challenges we faced as volunteers were like in any other centre,” says Min Min, who was an “inner circle” volunteer. "There were shortages of personal protective equipment. N-95 face masks were in short supply. Gloves had to be reused.”

Min Min was concerned that he might face another challenge: the disdain and rejection of inhabitants of the center. Myanmar is bound by strict gender roles, and Min Min is transgender.

But, he says, “I was fortunate that everyone knew me in town, and they accepted me for what I am and accepted the support I gave. I mingled freely with the occupants at the centre and even hung my sarong with the laundry of other men.”

In Myanmar society, families often separate their laundry not by colour but by the sex of the wearer. This is because women’s undergarments are considered to cause a man to lose his masculine “aura” or power. For Min Min’s sarong to be left undisturbed among those of other men was an unusual show of acceptance.

In conservative rural Myanmar, Min Min managed what other LGBTQI (Lesbian, Gay, Bisexual, Transgender, Queer and Intersex) people could only dream of: he stood firm regarding his identity. However, he says, several gay men volunteers were harassed by people who were uncomfortable with their ‘effeminate’ behaviour.

“When the pandemic reached Myanmar, the LGBTQI community did their bit by going out on the street, handing out masks, sanitizing gel, and educational pamphlets,” said Htike Htike of Asia Foundation, who is also an LGBTQI-rights activist. This was an educational role that some had taken on before, doing public education about HIV or other issues. “They wanted to show that they are one with the people.”

The stay-at-home order was especially difficult for many in the LGBTQI community. Some live with their families, or had left but now had nowhere else to go but back home. Their acceptance at home was largely due to their steady income, but because the lockdown meant a loss of jobs and income, they were again met with rejection and stress.

Many other LGBTQI people had been turned out by their families, and some found acceptance and jobs in such industries as beauty and lifestyle. They created homes with their friends or partners. But here, too, there was peril. “LGBTQI people living with their partners started facing increased domestic violence,” says Aung Myo Min, the Executive Director of NGO Equality Myanmar. “Desperate for income, some sought to become sex workers, breaking the curfew and sneaking out at night, only to fall prey to further violence or to be harassed by police.”

The legal status of the community is grim. “There is nothing in the law that protects LGBTQI people,” says Aung. Section 377 of Myanmar’s law criminalizes homosexual sex. There is no gender-neutral definition of rape in the law. When cases of violence against the community are reported to the police, they are ignored. Transgender women are not recognized as women. Transgender men face discrimination as well, but they have some legal protections, as they are considered women.

For example, a recent statement by the Myanmar National Human Rights Commission spoke of protecting women—and only women—against cyber bullying. For trans people to take advantage of such protections, however, means denying their gender identity. Some trans people give themselves hormone treatment, but it is unregulated; the closest place to get sex reassignment surgeries is in neighbouring Thailand.

But these troubles are not the only thing defining the community.

“Around the world, just as here in Myanmar, LGBTQI people should not be seen as victims, but as drivers of change”, says Nicolas Burniat, Country Representative of UN Women in Myanmar. “They have contributed to the COVID-19 crisis response. Society cannot just accept their contribution when it is convenient and forget them or discriminate against them the rest of the time. It is essential that the rights of LGBTQI people be respected during this crisis and beyond and that their specific needs be addressed in the COVID-19 response efforts.”

UN Women is working with UNFPA, UNAIDS, and other UN agencies, as well as local organizations in Myanmar, to support the country’s LGBTQI community—especially as COVID-19 upended daily life. With just over 300 reported cases and only a handful of deaths, Myanmar has fared relatively well—thanks largely to the strict quarantine, which over 30,000 people nationwide have undergone. Min Min’s centre and many others have wound down operations. The ongoing struggle remains.

“The UN is there to support the LGBTQI community,” says Burniat. Sometimes the UN’s support is symbolic, such as when it flew the rainbow flag on International Day Against Homophobia, Transphobia, and Biphobia. Other times the help is practical, as when UN agencies coordinate to protect LGBTQI human rights. A recent UN-sponsored online conference brought together organizations concerned about human rights during the pandemic, and Min Min and other activists spoke.

“COVID-19 does not discriminate by your race, religion, gender, or sexuality,” says Min Min. “I volunteered because I believe it is the human thing to do. I ask only that we be treated the same by society.” 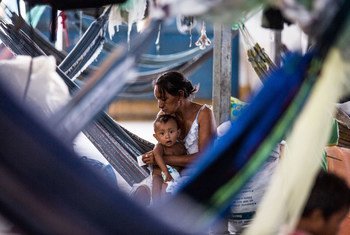