A likely link between processed and fried foods containing so-called “transfats” and ovarian cancer has been identified by UN scientists, they said on Thursday.

The International Agency for Research on Cancer (IARC) issued the announcement at the end of a study of nearly 1,500 patients suffering from the disease, which is the eighth most common cause of cancer death in women.

New #IARCpaper published today in @CEBP_AACR suggests that higher intakes &amp; circulating levels of some trans fatty acids from industrial processed foods and from deep-frying fat may be associated with a greater risk of developing #ovarian #cancer https://t.co/DvaQU8DTVu

Previous, smaller studies have suggested a link between these industrially manufactured fatty foods and ovarian cancer, but the evidence has been “inconclusive” until now, said IARC’s Dr Inge Huybrechts.

“This is the first Europe-wide prospective study showing a relationship between intake of industrial trans fatty acids and development of ovarian cancer,” added the scientist from IARC, which is part of the World Health Organization (WHO).

Although there is limited research into the effect of transfatty acids on cancer development, previous studies have suggested that industrial trans fatty acids affect obesity and inflammation.

These are “known risk factors” for ovarian cancer according to IARC scientist and study co-author Dr Véronique Chajès.

This could explain, “at least partly, the positive association between these fatty acids and ovarian cancer”, she added.

Because the incidence of ovarian cancer is rising worldwide, prevention strategies are urgently needed; however, few preventable factors have been identified.

“These new findings are in line with the World Health Organization (WHO) recommendation to eliminate industrial trans fatty acids from foods”, said Dr Marc Gunter, head of the Section of Nutrition and Metabolism at IARC. 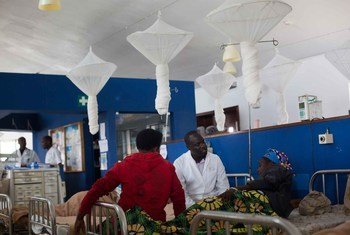 A new study conducted by researchers from the United Nations health agency revealed that bladder cancer mutations can be detected in urine up to 10 years before clinically diagnosing the disease. 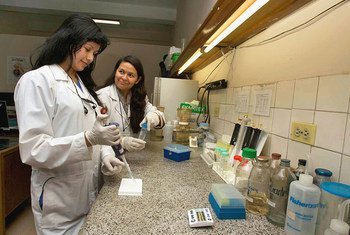 Global cancer rates could rise by 60 per cent over the next 20 years unless cancer care is ramped up in low- and middle-income countries, the World Health Organization (WHO) has warned.