The UN has launched an investigation into a video which surfaced on social media this week showing a clearly marked UN vehicle on a busy city street, while a woman straddles a man on the back seat engaging in a sex act, with others sitting inside.

UN Spokesperson Stéphane Dujarric, issued a statement to reporters in New York on Friday afternoon, confirming that the short video clip which runs less than half a minute, featured a 4x4 vehicle, containing personnel “likely assigned to the UN Truce Supervision Organization”, or UNTSO.

We are deeply disturbed by content of video apparently involving personnel from #UNTSO. An investigation was swiftly launched &amp; is moving very quickly. Appropriate action will be taken.

The mission was the first ever peacekeeping mission established by the UN in 1948, comprising Military Observers to monitor ceasefires, supervise armistice agreements and prevent military escalation. UNTSO is headquartered in Jerusalem.

It has 153 Military Observers, 91 international civilian personnel and 153 national staff, according to UN figures, drawing troops from more than two dozen countries. Observers are deployed to UN missions at the border between Israel and Lebanon, as well as in the Golan.

According to news reports, the video, shot at night, was taken on HaYarkon Street, a major thoroughfare in Tel Aviv, but shot by an anonymous source, its provenance and authenticity has not been confirmed.

Behaviour ‘against everything that we stand for’

“We are shocked and deeply disturbed by what is seen on the video", said Mr. Dujarric. “The behaviour seen in it is abhorrent and goes against everything that we stand for and having been working to achieve in terms of fighting misconduct by UN staff”, he added, speaking at the regular noon briefing to UN correspondents.

“We became aware of the video a little bit more than two days ago and our colleagues in the Office of Internal Oversight Services, OIOS, were immediately activated. Their investigation I know is moving very quickly. We know the location of the incident with the identification of individuals in the video, who are likely assigned to the UNTSO, is close to being completed.”

The Spokesperson said the probe by OIOS was expected to end "very quickly” and that “prompt appropriate action” would be taken.

UNTSO also issued a statement adding that the Mission stands committed to the UN’s zero-tolerance policy against any kind of misconduct, including sexual exploitation and abuse, and reminds its personnel of their obligations to the UN Code of Conduct.

“As part of the UN's commitment to transparency, the UN will provide updates on the conclusion of the investigation, and any further action”, said Mr. Dujarric. 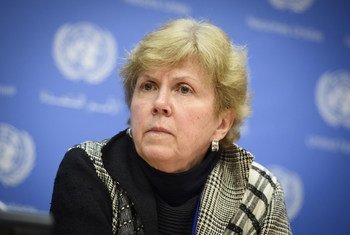 The number of allegations of sexual exploitation and abuse committed by personnel serving with the United Nations dropped from 165 in 2016 to 138 last year, according to the latest report by the UN Secretary-General on implementing a zero-tolerance policy for these crimes. 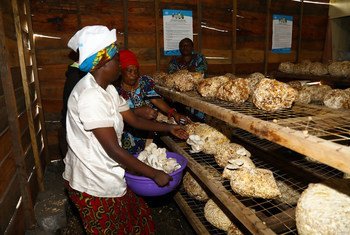 Although measures to support victims of sexual exploitation and abuse (SEA) committed by UN personnel are proving effective, there is still room to do more, the senior official leading these efforts told journalists in New York on Friday.