While the impact of COVID-19 on illegal drug supplies is not yet fully known, border and other restrictions linked to the pandemic have already caused drug shortages on the street, that have diminished purity, while leading to price hikes.

Meanwhile rising unemployment and plummeting opportunities are expected to disproportionately affect the poorest, making them more vulnerable to drug use, trafficking and cultivation, to earn money so they can survive the global recession.

“The COVID-19 crisis and economic downturn threaten to compound drug dangers further still, when our health and social systems have been brought to the brink and our societies are struggling to cope”, added Ms. Waly, a former Egyptian Government minister, who was appointed to the top job at UNODC last November.

As COVID-19 is prompting traffickers to find new routes and methods, illicit activities via the so-called ‘darknet’ and shipments by mail, may increase, according to the report.

And because the pandemic has led to highly-addictive opioid shortages, people may seek out more readily available substances, including alcohol, sedatives or by using more harmful delivery methods, such as intravenous injection.

-    Cannabis was consumed most widely in 2018, with an estimated 192 million users globally.
-    Opioids are the most deadly drug being misused, with a 71 per cent jump in deaths over the past decade, registering increases of 92 per cent among women and 63 per cent among men.
-    Drug use increased more rapidly within developing countries over the 2000-2018 period, than in developed countries.
-    Adolescents and young adults account for the largest share of those using drugs.

If Governments react as they did to the 2008 economic crisis by reducing drug-related policy interventions; prevention, and treatment services; the report says that opioid addiction counter-measures could be particularly impacted.

Against the backdrop of legalized cannabis in some countries, and regions such as some states in the US, the report notes that frequent use has increased, along with the wider availability of higher-potency products in some markets.

And based on data from 69 countries covering the period between 2014 and 2018, cannabis accounts for more than half of all drug offences registered.

While the availability of medical opioids varies across the globe, the report points out that low-income countries still suffer a critical shortage of therapeutics for pain management and palliative care.

At the same time, poverty, limited education and social marginalization, not only increase the risk of drug addiction but are areas in which marginalized groups may face discrimination and stigma in getting effective treatment.

“We need all Governments to show greater solidarity and provide support, to developing countries most of all, to tackle illicit drug trafficking and offer evidence-based services for drug use disorders and related diseases, so we can achieve the Sustainable Development Goals, promote justice and leave no one behind,” concluded the UNODC chief. 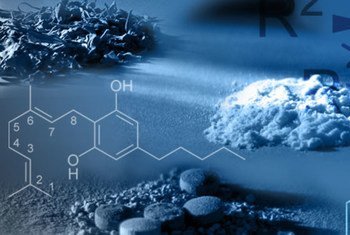 COVID-19 causes some illegal drug prices to surge, as supplies are disrupted worldwide

Measures by governments across the world to curb the COVID-19 pandemic have led to the widespread disruption of trafficking routes for illegal drugs, mainly by air and on land, upping some prices, according to a new UN report published on Thursday. 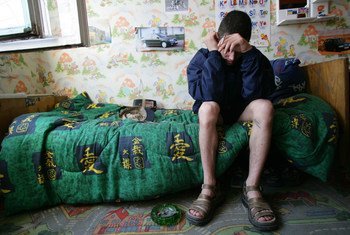