UNDP/Dhiraj Singh
A woman carries fish from the shore in Maharashtra, India.

Global consumption of fish hit a record high in 2018 and is set to rise in the decade ahead, highlighting the need to ensure sustainable fisheries management, according to the latest report by the Food and Agriculture Organization (FAO).

The State of World Fisheries and Aquaculture (SOFIA), projects total fish production will increase to 204 million tonnes in 2030, or up 15 per cent. Aquaculture, or fish farming, is also expected to surpass its current level of 82 million tonnes: another record.

🎣The fisheries &amp; aquaculture sector has a growing role in providing 👇🔹Food🔹Nutrition🔹EmploymentYet, how do we ensure it's sustainable? Check out our State of the World Fisheries &amp; Aquaculture 2020 report👉 https://t.co/JvuNlw3orb#SOFIA2020 #WorldOceansDay pic.twitter.com/aMQ5w19aj9

“Fish and fisheries products are recognized not only as some of the healthiest foods on the planet but also as some of the less impactful on the natural environment”, said Qu Dongyu, the FAO Director-General, who emphasized that they must play a more central role in food security.

As the SOFIA report reveals, the world’s appetite for fish and fish products shows no signs of slowing down.

Global consumption, per capita, has reached 20.5 kilogrammes per year, which is forecast to rise by one kilo per person, by 2030.

Although sustainability trends for tuna and other major fish stocks are improving, nearly 35 per cent of all catches are being sourced at what FAO called “biologically unsustainable levels”.

“The improvement, the fruit of contributions from many stakeholders, attest to the importance of active management to reach and maintain biological sustainability, and serves to underscore how urgently we must replicate such approaches in fisheries and regions where management systems are in poor shape", said Manuel Barange, Director of the FAO Fisheries and Aquaculture Department.

“Not surprisingly, we notice that sustainability is particularly difficult in places where hunger, poverty and conflict exist, but there is no alternative to sustainable solutions.”

The figures in the SOFIA report pre-date the COVID-19 pandemic, but FAO has been using the information to support a sector that has been among the most affected by the crisis.

The agency has been primarily focused on supporting, restarting and strengthening supply chains, prioritizing the most vulnerable groups and regions.

FAO said restrictions and labour shortages have led to a 6.5 per cent decline in global fishing activity.

More than 90 per cent of small-scale fishers in parts of the Mediterranean and the Black Sea, have been forced to stop because they are unable to sell their catches.

Aquaculture production for export has been hit by disruptions in international transport, and distribution channels to tourism and the restaurant industry have shrunk.

Meanwhile, retail sales have remained stable or in the case of frozen, canned, marinated and smoked fish - which have a longer shelf life - they have increased during the pandemic. 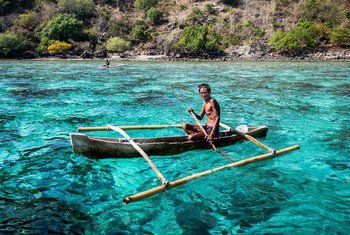 ‘Dogged pragmatism’ is needed to save the Ocean as the world grapples with the coronavirus pandemic, according to the UN Secretary-General's Special Envoy for the Ocean. 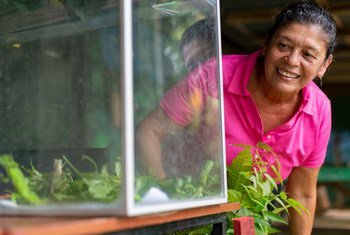 Because the production of everything we eat transforms the environment, the United Nations agriculture chief told a high-level UN meeting on biodiversity that careful discussions are needed to decide on the scale of acceptable transformations.