UNICEF/Madjiangar
Interethnic violence has ravaged the Ituri Province in the north-east of the Democratic Republic of Congo (DRC) and forced significant numbers of people to flee for safety.
6 June 2020
Peace and Security

UNICEF denounced on Saturday, an attack that killed 16 people, including five girls under age 15, in north eastern Democratic Republic of the Congo (DRC).

“We condemn in the strongest possible terms this attack on innocent children,” said the UNICEF Representative in the DRC, Edouard Beigbeder.

More awful news from #DRC -@UNICEF denounces the attack that killed 16 people, including five girls under the age of 15, on 3 June in Ituri Province in eastern Democratic Republic of the Congo @UNICEFDRC #ChildrenUnderAttack https://t.co/Y9H0ovjpPG

According to UN-verified reports, the attack took place on 3 June in Moussa, a village in the Djugu area, north of the Ituri Province capital Bunia.

The victims were all formerly displaced persons who had returned to the village. After the gunfire and knife attack, dozens have fled to seek shelter in neighbouring villages.

Since the beginning of the year, ongoing violence in the Ituri Province has taken the lives of over 300 people.

And more than 200,000 individuals, mostly children, have fled intensifying violence in Djugu, Mahagi and Irumu areas in Ituri Province, seeking shelter in host communities and extremely overcrowded displacement sites in and around Bunia.

Moreover, UNICEF has received some 100 allegations of serious child rights violations, such as rape, killing and maiming, in addition to attacks on schools and health centres during April and May alone.

Last month the UN specialized agency warned of the quickly deteriorating security situation there and urged the DRC Government and international community to act urgently to avert a crisis that would forcibly uproot and endanger even more children.

“We call on all parties to respect the rights of women and children”, upheld the UNICEF Representative.

♦ Receive daily updates directly in your inbox - Subscribe here to a topic.
♦ Download the UN News app for your iOS or Android devices.
DR Congo|DRC|armed violence 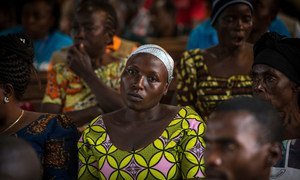 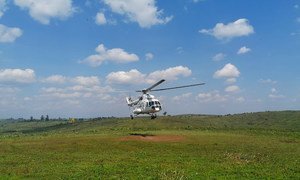