Protests first erupted on 25 May, after video footage went viral on social media of a white police officer in the city of Minneapolis kneeling on the neck of 46-year-old African American George Floyd, for more than eight minutes, causing his death while in police custody.

Over the past week, tens of thousands of demonstrators have since taken to the streets of more than 300 US cities, as well as other large urban centres around the world, to take part in mostly peaceful protesting calling for racial justice, but oftentimes chaotic streets have also borne witness to looting, bloodshed and violent policing tactics.

The grievances at the heart of the protests that have erupted in hundreds of US cities need to be heard and addressed if the country is to move on from its tragic history of racism & violence – @mbachelet.

At all times, but especially during a crisis, “a country needs its leaders to condemn racism unequivocally”, Ms. Bachelet underscored.

She continued to say that those in charge must also “reflect on what has driven people to boiling point; to listen and learn; and to take actions that truly tackle inequalities.”

Journalists caught between protesters and police

Credible news reports have revealed unnecessary and disproportionate use of force by law enforcement officers, including indiscriminate use of less-lethal weapons and ammunition, said Ms. Bachelet.

Tear gas, rubber bullets and pepper balls have been fired at peaceful demonstrators and journalists, even in some instances, when they were clearly retreating.

There have been at least 200 reported incidents of journalists covering the protests being physically attacked, intimidated or arbitrarily arrested, despite clearly displayed press credentials, according to the UN Human Rights Office (OHCHR).

The UN rights chief flagged that there has been “an unprecedented assault on journalists”, saying that in some cases, they have been attacked or even arrested while on air.

“It is all the more shocking given that freedom of expression and of the media are fundamental principles in the US, central to the country’s identity”, Ms. Bachelet said. “I call on the authorities at all levels to ensure the message is clearly understood – reporters must be able to do their important work, free from attacks or repression”.

With injuries and deaths sustained by both protesters and police alike, the High Commissioner repeated her calls to demonstrators to peacefully express their demands for justice, and for the police to “take the utmost care not to enflame the situation”.

“Violence, looting and the destruction of property and neighbourhoods won’t solve the problem of police brutality and entrenched discrimination”, she said, calling for independent, transparent investigations.

Ms. Bachelet also voiced concern over statements that have label protesters as terrorists or delegitimize peaceful demonstrating, saying, “there can be no doubt as to what or who is ‘behind’ these protests”.

She pointed to the “thousands upon thousands of peaceful protesters” as well as police officers and National Guard troops, who have responded without resorting to violence, and exercised restraint. 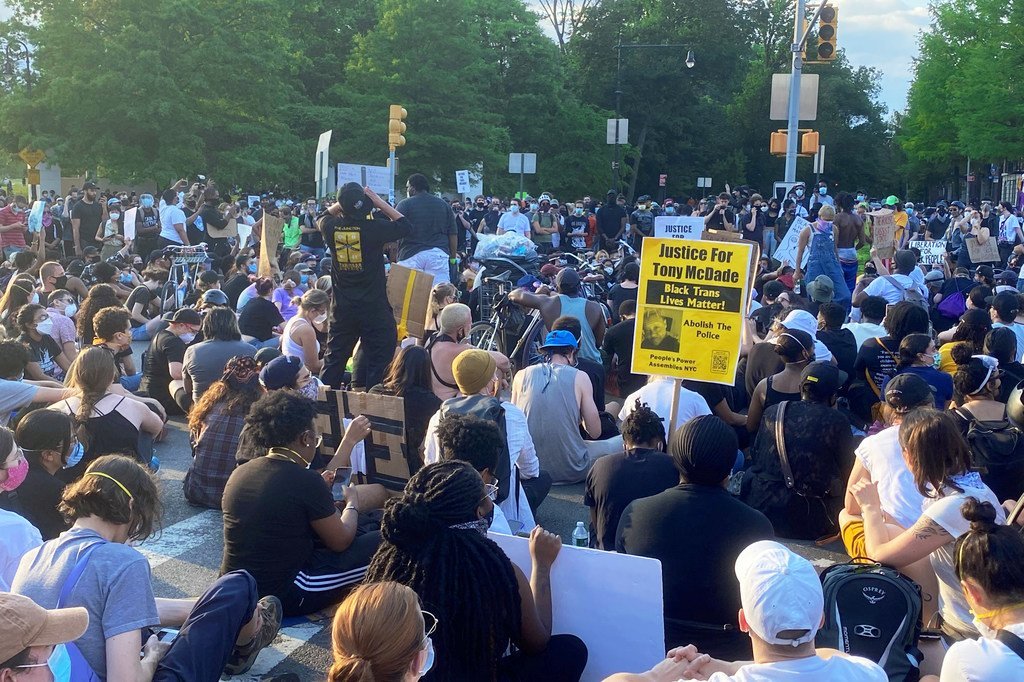 The anger in the US, erupting as COVID-19 exposes glaring inequalities in society and following the loss of more than 100,000 lives to the deadly disease, illustrates why “far-reaching reforms and inclusive dialogue are needed” to break the cycle of impunity for unlawful police killings and racial bias in policing, upheld the High Commissioner.

Moreover, she maintained the need for “a profound examination” of wide-ranging issues, including socio-economic factors and deep-seated discrimination.

“To move forward”, concluded the UN rights chief, “communities must be able to participate in shaping decisions that affect them and be able to air their grievances.”

Meanwhile, High Representative for the UN Alliance of Civilizations Miguel Ángel Moratinos tweeted that the death of George Floyd in police custody is “another reminder that racism – and all forms of discrimination based on religion, ethnicity, color, or gender – is also a pandemic”.

And Audrey Azoulay, Director-General of the UN’s educational and scientific organization, UNESCO, stressed that racism “kills, jeopardizes social contract, undermines the future and destroys societies from inside”.

“The fight against racism begins in the minds of men and women, through quality education”, she declared.