UNMISS/Nektarios Markogiannis
Cases of COVID-19 have been confirmed in a UN Protection of Civilians site in Juba, the capital of South Sudan.

The South Sudanese Government has confirmed that two cases of COVID-19 have been identified inside a Protection of Civilians (PoC) site in the capital, Juba, although the world’s youngest nation has been relatively unscathed by the pandemic, with 74 cases recorded so far.

The UN Peacekeeping mission in South Sudan (UNMISS) told the UN Spokesperson’s Office on Wednesday that the appearance of cases within one of the camps in the capital was “not unexpected, given the rising number of cases confirmed within communities across the city.”

A local women's association in #Yambio is travelling an 8-km radius by foot every day 2 educate people in remote villages abt #COVID19 + how 2 stay safe thru @WHO messages translated into local languages by #UNMISS. Read their inspiring story: https://t.co/lg7TbQlITQ#A4P #SSOT pic.twitter.com/vQxa6iTlum

“The UN continues to urge displaced people in the sites to follow prevention measures such as social distancing, handwashing, and isolating themselves if they become sick”, Stéphane Dujarric told reporters during the regular online briefing in New York.

According to UNMISS figures released last month, there are just over 190,000 civilians sheltering in PoC sites, with close to 30,000 at the Juba site.

Over 200,000 civilians sought protection at UN sites during the height of the long-running civil war, that escalated in 2013, between government forces, and opposition fighters loyal to President Salva Kiir’s then deputy, Riek Machar.

In recent months, the brutal conflict that left tens-of-thousands dead and millions displaced, has abated, with the formation in mid-March of a new unity cabinet, in which Mr. Machar returned to the Vice-Presidency, fulfilling a chief condition of a comprehensive 2018 peace agreement.

Across the country, the UN has been broadcasting prevention messages through the UNMISS-run Radio Miraya radio station, as well as from inside protection sites, said Mr. Dujarric, as well as helping to double the water supply and increase the number of handwashing facilities. Enough food for families to survive for three months, months, has been distributed in advance.

“This means that people don’t have to travel often between the camps and the town to purchase supplies”, added the Spokesperson.

“The UN will continue providing this support and encouraging people living in the sites to follow prevention measures as much as possible.”

According to news reports, aid workers in South Sudan have warned that treatment options for severe COVID-19 cases are scarce, with little more than some isolation centers in place.

Most of those infected so far, have reportedly been treated at home, although an isolation unit at the Dr. John Garang Infectious Diseases Unit, is reportedly being expanded from 24 beds to 80.

UNMISS
The UN peacekeeping mission in South Sudan (UNMISS) is working to prevent the global pandemic COVID-19 from spreading in the country.
♦ Receive daily updates directly in your inbox - Subscribe here to a topic.
♦ Download the UN News app for your iOS or Android devices. 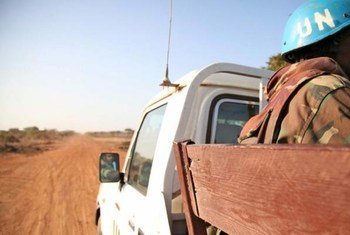 Sudan’s efforts to stop the spread of the COVID-19 pandemic, are delaying the deployment of fresh United Nations police units in Abyei and the border regions between Sudan and South Sudan, the UN’s peacekeeping chief told the Security Council on Tuesday 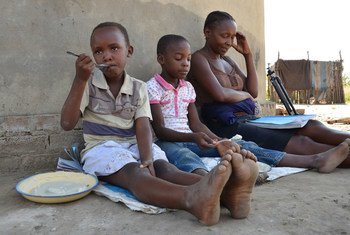 Over 10,000 confirmed COVID-19 cases in Africa; Zimbabwe and South Sudan among most vulnerable

The World Health Organization (WHO) warned on Wednesday that the number of COVID-19 cases in Africa has now risen to more than 10,000, claiming more than 500 lives.