© UNICEF/Frank Dejongh
Nurses are wearing masks and gloves to protect against the Coronavirus, in the health center of Port Bouet, a suburb of Abidjan, in the South of Côte d'Ivoire.
12 May 2020
Health

As the coronavirus outbreak enters its fifth month, the UN Children’s Fund (UNICEF) said that the health crisis is “quickly becoming a child rights crisis”, requesting $1.6 billion to support its humanitarian response for children impacted by the pandemic. And without urgent action, a further 6,000 under-fives could die each day.

With a dramatic increase in the costs of supplies, shipment and care, the agency appeal is up from a $651.6 million request made in late March – reflecting the devastating socioeconomic consequences of the disease and families’ rising needs.

The #COVID19 pandemic is a health crisis which is quickly becoming a child rights crisis.@UNICEF is appealing for US$1.6 billion to help us respond to the crisis, recover from its aftermath, and protect children from its consequences. https://t.co/2CscJOuQ4T

“Schools are closed, parents are out of work and families are under growing strain”, UNICEF Executive Director Henrietta Fore said on Tuesday.

“As we reimagine what a post-COVID world would look like, these funds will help us respond to the crisis, recover from its aftermath, and protect children from its knock-on effects”, explained the UNICEF chief.

The estimate of the 6,000 additional deaths from preventable causes  over the next six months, is based on an analysis by researchers from the Johns Hopkins Bloomberg School of Public Health, published on Wednesday in the Lancet Global Health Journal.

UNICEF said it was based on the worst of three scenarios  analyzing 118 low and middle-income countries, estimating that an additional 1.2 million deaths could occur in just the next six months, due to reductions in routine health coverage, and an increase in so-called child wasting.

Around 56,700 more maternal deaths could also occur in just six months, in addition to the 144,000 likely deaths across the same group of countries.

The worst case scenario, of children dying before their fifth birthdays, would represent an increase "for the first time in decades" said Ms. Fore. "We must not let mothers and children become collatoral damage in the fight against the virus. And we must not let decades of progress on reducing preventable child and maternal deaths, be lost."

Children in the crosshairs

Access to essential services, like routine immunization, has already been compromised for hundreds of millions of children and threatens a significant increase in child mortality.

According to a UNICEF analysis, some 77 per cent of children under the age of 18 worldwide are living in one of 132 countries with COVID-19 movement restrictions.

The UN agency also spotlighted that the mental health and psychosocial impact of restricted movement, school closures and subsequent isolation are likely to intensify already high levels of stress, especially for vulnerable youth.

At the same time, they maintained that children living under restricted movement and socio-economic decline are in greater jeopardy of violence and neglect.

And girls and women are at increased risk of sexual and gender-based violence.

UNICEF pointed out that in many cases, refugee, migrant and internally displaced children are experiencing reduced access to protection and services while being increasingly exposed to xenophobia and discrimination.

In countries suffering from humanitarian crises, UNICEF is working to prevent transmission and mitigate the collateral impacts on children, women and vulnerable populations – with a special focus on access to health, nutrition, water and sanitation, education and protection.

To date, the UN agency has received $215 million to support its pandemic response, and additional funding will help build upon already-achieved results.

Within its response, UNICEF has reached more than 1.67 billion people with COVID-19 prevention messaging around hand washing and cough and sneeze hygiene; over 12 million with critical water, sanitation and hygiene supplies; and nearly 80 million children with distance or home-based learning.

And it has provided essential health care services to over 10.9 million children and women, and community-based mental health and psychosocial support to over 830,000 children, parents and caregivers. 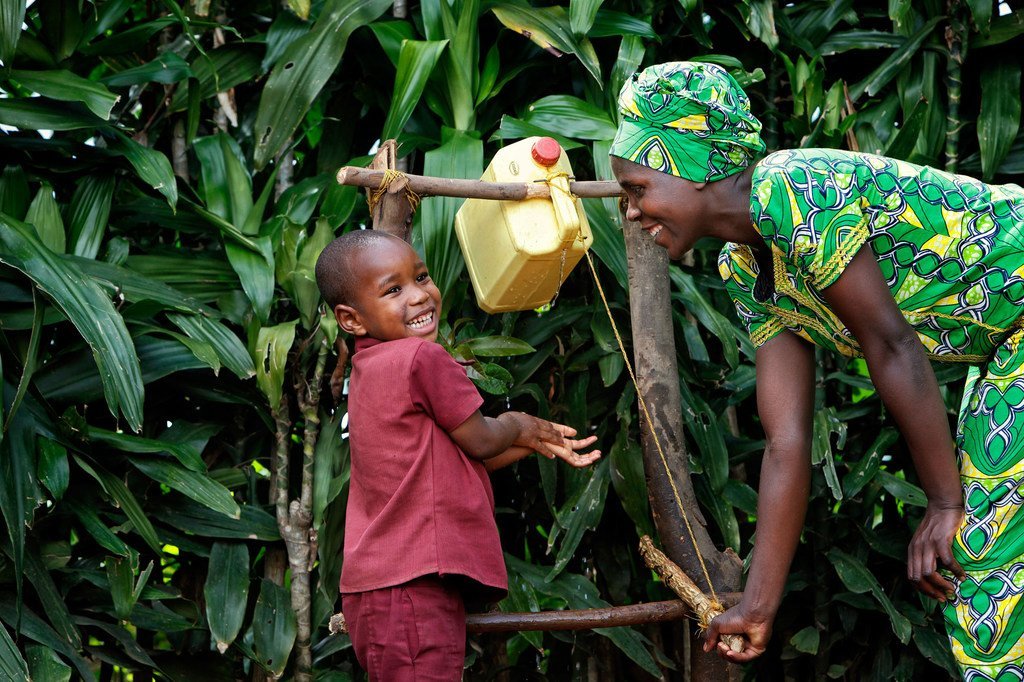 Talking to your children about coronavirus: Let them know you’re listening, remind them you care 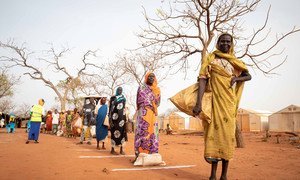 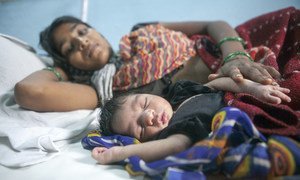 The UN Children’s Fund (UNICEF) estimates that 116 million babies have been born since the onset of the COVID-19 pandemic, and on Thursday called for governments to maintain lifesaving services for pregnant women and newborns that are under increasing threat from strained health services and supply chains.