U.N. Mexico/Alexis Aubin
Shopping centres in Mexico City are largely empty as people are kept away by the threat of the coronavirus .COVID-19.
21 April 2020
Economic Development

The COVID-19 pandemic will herald the worst economic contraction in the history of Latin American and the Caribbean, with a projected -5.3 per cent drop in activity this year, according to a report by the UN office for the region, ECLAC, published on Tuesday.

ECLAC said to find a contraction of this magnitude would mean going back to the Great Depression in 1930, when there was a -5.0 per cent drop, or 1914, when growth plummeted -4.9 per cent.

“The effects of COVID-19 will cause the biggest recession that the region has suffered since 1914 and 1930. A sharp increase in unemployment is forecast, with negative effects on poverty and inequality”, ECLAC chief Alicia Bárcena said during a virtual press conference from its headquarters in Santiago, Chile.

The report, Assessing the Effects of COVID-19 to Plan the Recovery, is ECLAC’s second study tracking the economic and social effects of the coronavirus crisis in Latin American and Caribbean countries. The first was issued earlier this month.

Exceptional measures are required to confront an unprecedented crisis. There will be no progress without international cooperation and solidarity, @aliciabarcena underscored in launch of report on effects #COVID19 on #LAC economies. https://t.co/IH8UXfEMV1 pic.twitter.com/bNAOr5xwlK

Prior to the pandemic, the region had reported nearly seven years of low growth, averaging less than 0.5 per cent. The impacts of COVID-19 include a reduction in international trade, falling commodity prices, lower demand for tourism services and a drop in remittances, sent home from workers abroad.

The report projects that South America will contract -5.2 per cent because several countries will be affected by lower activity by consumers in China, an important market for exports. Central American countries will experience a -2.3 per cent decline due to reduced economic activity in the United States, which is both a main trading partner and remittance source. Meanwhile, the Caribbean will see a -1.5 per cent drop brought on by decreased demand for tourism services.

Unemployment and poverty to rise

The labour market is also expected to suffer, Ms. Bárcena made clear. Unemployment is forecast to reach roughly 11.5 per cent, up from 8.1 per cent last year. This means the number of people out of a job would rise to nearly 38 million.

Small and medium-sized enterprises (SMEs) provide more than 50 per cent of jobs in formal employment, thus increasing the “negative impact” on a sector already battered by the crisis. ECLAC added that “gender inequality will accentuate with measures such as school closures, social isolation and greater numbers of people who are ailing, since the burden of unpaid work borne by women will increase.”

Unemployment and the decline in economic activity will also have a knock-on effect on household incomes and the ability to meet basic needs. The report anticipates that the poverty rate will rise by nearly 4.5 percentage points this year, meaning nearly 30 million more people across the region will find themselves in “situations of poverty”. An additional 16 million will join the ranks of the extreme poor.

Preparing for the ‘post-COVID-19 world’

The ECLAC report further projects that the pandemic will usher in long-lasting changes. For example, some companies are already adapting their operations to social distancing measures, thus accelerating the move towards automation and digitalization.

The pandemic also will reveal “an intensification of multilateralism’s fragility”. While globalization will not be rolled back, “there will be a more regionalized global economy centred around three poles: Europe, North America and East Asia”, according to the report.

Ms. Bárcena recommended that countries should prepare for what she called “the post-COVID-19 world”, given their dependence on imported manufactured goods.

“To have an impact in the new global economy, the region must move towards greater regional integration in terms of production, trade and technology”, she advised.

“Our countries’ coordination on macroeconomic and production matters is crucial for negotiating the terms of the new normal, particularly with regard to an urgent aspect of the current crisis and in the medium term: the issue of financing for a new development pattern with equality and environmental sustainability.”

♦ Receive daily updates directly in your inbox - Subscribe here to a topic.
♦ Download the UN News app for your iOS or Android devices.
eclac|COVID-19|coronavirus 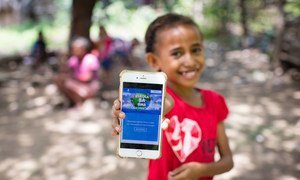 Coronavirus economics: Debt-laden countries at risk, as financial markets screech to a halt

Economists and finance experts are warning that countries with “high” or “distressed” public debt levels are at risk of severe economic shocks amid the COVID-19 pandemic and calling for restructuring plans based on the principle of solidarity. 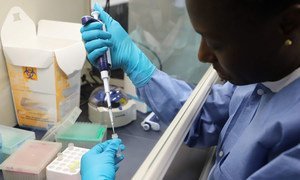 The United Nations is working closely with governments in the Caribbean to protect the region’s most vulnerable people from the impact of the deadly coronavirus, COVID-19. For this latest in our occasional series, Didier Trebucq, United Nations Resident Coordinator to Barbados and the Eastern Caribbean, explains what action they are taking in that region.