FAO/IFAD/WFP/Michael Tewelde
In 2019, Ethiopia experienced the fifth-worst food crisis of all the countries on earth.
21 April 2020
Humanitarian Aid

As millions of civilians in conflict-scarred nations teeter on the brink of starvation, he said, “famine is a very real and dangerous possibility”.

Mr. Beasley painted a grim picture of 135 million people facing crisis levels of hunger or worse, coupled with an additional 130 million on the edge of starvation prompted by Coronavirus, noting that WFP currently offers a lifeline to nearly 100 million people – up from about 80 million just a few years ago.

“If we can’t reach these people with the life-saving assistance they need, our analysis shows that 300,000 people could starve to death every single day over a three-month period”, he upheld. “This does not include the increase of starvation due to COVID-19”.

Noting that WFP is the “logistics backbone” for humanitarians and “even more so now for the global effort to beat the COVID-19 pandemic”, the WFP chief urged the Council to “lead the way”.

“First and foremost, we need peace”, he said.

He asked that all involved in the fighting provide “swift and unimpeded” humanitarian access to vulnerable communities and for coordinated action to support life-saving assistance, along with $350 million in new funding, to set up a network of logistics hubs to keep worldwide humanitarian supply chains moving.

Mr. Beasley also raised the need for early warning systems: “If we don’t prepare and act now – to secure access, avoid funding shortfalls and disruptions to trade – we could be facing multiple famines of biblical proportions within a short few months.”

In closing, he underlined that “we do not have time on our side, so let’s act wisely – and let’s act fast”.

Link between conflict and food security

Against the backdrop that 135 million people in 55 countries experienced acute food insecurity in 2019, nearly 60 per cent of whom lived in conflict or instability, he cited Yemen as the world’s worst food and malnutrition crisis this year, saying that the number of acutely food-insecure people there is “expected to exceed 17 million”.

The FAO chief also drew a connection between livelihood interventions and peace processes, spelling out that “coherent actions are needed among humanitarian, development and peace actors to address the root causes of acute food insecurity”.

Flagged that “the forecasts for food security in 2020 look bleak”, he underscored the importance of early warning and quick action to pre-empt food insecurity caused by conflicts.

While conflicts, extreme weather, desert locusts, economic shocks and now COVID-19, are likely to “push more people into acute food insecurity”, Mr. Qu saw a ray of hope, saying that “by closely monitoring the evolution of these shocks, we can rapidly intervene to mitigate their impacts”.

Noting that widespread conflict and instability lead to food insecurity, and that reducing or preventing conflict reduces and prevents hunger, the FAO chief closed by saying: “We have mobilized our organizations in ways not seen since the foundation of the UN”.

“In my 40 years as a humanitarian worker, I have never seen as many people displaced by conflict as now”, he said.

“We see more longer, crueler conflicts cause mounting hunger, as families flee their homes, their farms their fields and their livelihoods and they become dependent on the generosity on the hosts communities that themselves are in the precarious situation”.

He elaborated that Burkina Faso has experienced a ten-fold increase in forced displacement in just one year, saying, “nowhere else in the world” has such an escalation been seen.

To mitigate the humanitarian situation, Mr. Egeland made five “concrete asks”, beginning with “safe and unimpeded humanitarian access to everyone everywhere”.

He also stressed the need for stronger humanitarian diplomacy to reach people with assistance and to strengthen “deconfliction”, saying that by informing parties of protected humanitarian sites and aid convoys, humanitarians can deliver support without being attacked.

“Most importantly”, concluded Mr. Egeland, “there must be accountability for attacks on protected sites”. 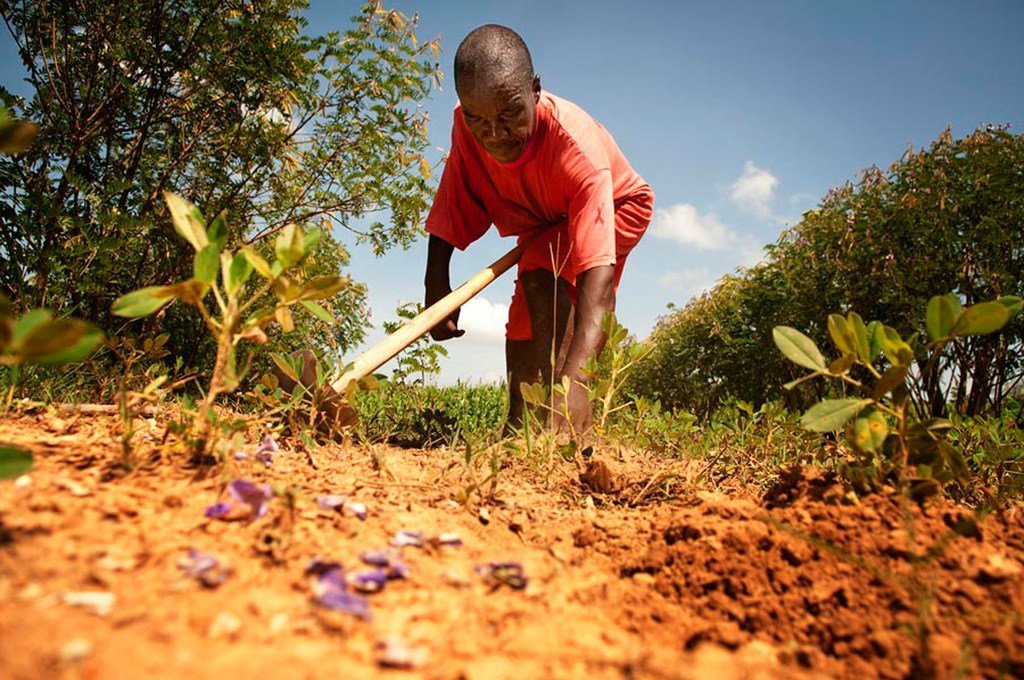 ©FAO/Christena Dowsett
In Kenya’s Siaya District, a farmer cultivates crops to pay for his children's education.
♦ Receive daily updates directly in your inbox - Subscribe here to a topic.
♦ Download the UN News app for your iOS or Android devices.
Hunger Crisis|famine|COVID-19|coronavirus|security council 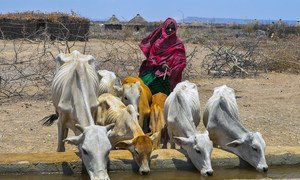 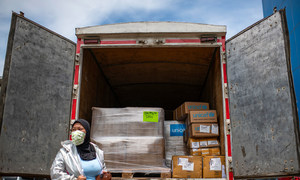