Aid is being rushed to eastern Democratic Republic of the Congo (DRC) where deadly flooding has swept away people and homes and affected tens of thousands more, including many displaced by violence, the UN refugee agency (UNHCR) said on Tuesday

“Initial reports suggest more than 25 people have died because of the floods and more than 40 injured with fears of many others swept away by the floodwaters”, he said. “A health clinic in one of Uvira’s poorer neighbourhoods was destroyed and water and sanitation facilities in the overcrowded town were also damaged.”

The UNHCR official added: “We are rushing initial supplies of relief items from its local warehouse in Uvira, including badly needed tarpaulins to provide immediate shelter, as well as mats, kitchen sets, buckets and mosquito nets.”

Additional shelter kits will arrive in the coming days to help alleviate the suffering of some of those who have lost their homes.

Local and provincial authorities are leading the response with help from the UN Organization Stabilization Mission in the Democratic Republic of the Congo, or MONUSCO, who have provided initial support to Uvira – home to nearly one million people.

“Initial reports suggest that more than 25 people have died because of the floods, more than 40 injured, with fears of many others swept away by the floodwaters.” @AndrejMahecic of @Refugees on the massive floods in #DRC South #Kivu, which have so far impacted 80,000 people. pic.twitter.com/g7kjlDSTmy

The blue helmets have prioritized rescuing survivors from destroyed houses, providing drinking water after damage to public facilities and assessing damage to roads and bridges, the UN Mission said in a statement.

The flooding is just the latest challenge for a region that’s among the hardest hit by years of insecurity, conflict and endemic disease, such as cholera, malaria and Ebola.

“The victims lived in densely populated areas of the town and surrounding villages that are hosting displaced people, including refugees,” Mr Mahecic explained.

With more than 15,000 homes damaged in Uvira, UNHCR has warned that reports of further devastation “are still coming in” from the mineral-rich region, which it describes as the among the “hardest hit” by years of violence involving various rebel groups.

South Kivu also hosts nearly 50,000 Burundian refugees out of a total of 500,000 in the country, according to UNHCR, which has warned that the province continues to see large displacement triggered by insecurity and conflict.

The development comes as residents brace for the expected imminent arrival of the new coronavirus, which has so far claimed 25 lives in DRC.

In its latest update on Monday, the World Health Organization (WHO) reported 18 new cases of COVID-19 in the capital, Kinshasa, bringing the total number of infections in the country to 350.

“UNHCR is concerned over the large number of people left homeless by the flooding and exposed to sickness and disease,” said Mr Mahecic. “While no cases of COVID-19 have reached Uvira so far, the risk of cholera has heightened, as it is endemic to the area." 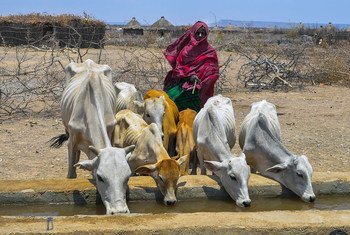 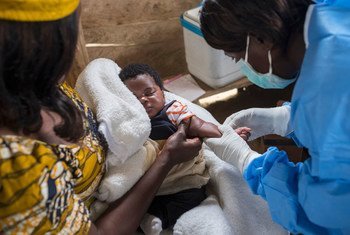 Health professionals working with the World Health Organization (WHO) in eastern Democratic of Congo (DRC), have been dealing with the deadly Ebola epidemic since August 2018. This experience is helping them to prepare for the latest disease to arrive: COVID-19.