UN/Charlotte Scaddan
A student takes a selfie with Secretary-General António Guterres during the UN chief's visit to Fiji in May 2019.
12 April 2020
Humanitarian Aid

UN Secretary-General António Guterres was deeply saddened by reports of the loss of lives and destruction in Vanuatu, Fiji, the Solomon Islands and Tonga, according to a statement issued on Sunday by his Spokesperson.

"The Secretary-General expresses his deep solidarity with the people of the Pacific as they face the impact of this cyclone, along with other climate-related challenges, as well as the coronavirus pandemic, which adds a worrying new dimension to existing vulnerabilities", said Spokesperson Stéphane Dujarric.

“Over thousands of families have been affected, including many children. UNICEF is supporting the Govts. of Vanuatu, Fiji & Solomon Islands to reach those children most in need, following #TCHarold that has devastated these PICs."

The monster storm has left more than two dozen people dead, according to media reports, while homes, buildings and food crops were destroyed.

"The Secretary-General commends the governments and first responders in the affected countries for their pre-emptive work to make people safe ahead of the storm and to meet their immediate needs afterwards", Mr. Dujarric continued.

"The United Nations stands ready to support these efforts".

The UN Children's Fund (UNICEF)  is assisting authorities in Vanuatu, Fiji and the Solomon islands to reach those children most in need, the agency's Representative in the region, Sheldon Yett, said on Twitter.

Cyclone Harold hit as countries worldwide are working to contain the spread of COVID-19.

There have been nearly 1.7 million cases of the new coronavirus disease globally, and more than 105,000 deaths, according to latest data from the World Health Organization (WHO).

♦ Receive daily updates directly in your inbox - Subscribe here to a topic.
♦ Download the UN News app for your iOS or Android devices.
secretary-general|disaster

UN chief arrives in Republic of Korea after visiting Japan

Ban confers with Australian leaders on global issues of concern 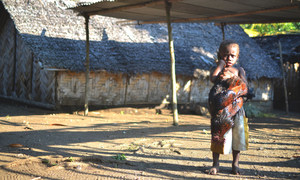 United Nations agencies are working together to provide vital support to Pacific Island countries as they rally to combat COVID-19 outbreaks across the region. 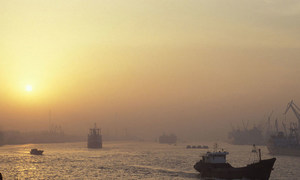 Action to reverse the depletion and degradation of the environment across Asia and the Pacific is a top priority if the region is to stay on course to meet the Sustainable Development Goals (SDGs), according to a new United Nations report launched online, for the first time, on Tuesday.