Wang Zheng
Residents shopping in a local supermarket in Wuhan, China, on Apr 8, when the city was reopened after a 76-day lockdown.
8 April 2020
Economic Development

Global trade in goods could fall by as much as a third this year due to the ongoing COVID-19 pandemic, but a swift rebound in 2021 is possible if the world’s economic policymakers – working together – act immediately, the World Trade Organization (WTO) said on Wednesday.

Given the unprecedented nature of the new coronavirus crisis, it is hard to determine precisely what its economic impact – and prospects for recovery – will be, the Geneva-based trade body said.  But WTO economists believe the decline in trade will exceed that brought on by the 2008-9 global financial crisis.

The virtual press conference about the #WTOForecast on trade performance for 2020-21 and trade outcomes from last year is available for playback below. https://t.co/W6KoVEks3h

World merchandise trade is set to plummet by between 13 to 32 per cent, the WTO said, adding that a 2021 recovery in trade will depend on how long the outbreak lasts and how effective policy responses prove to be.

Nearly all regions will suffer double-digit declines in trade volumes this year, it said, with exports from North America and Asia hit hardest – and trade will likely fall steeper in sectors with complex value chains, such as electronics and automotive products.

Trade in services, meanwhile, is directly affected by COVID-19 pandemic, due to travel restrictions imposed by Governments worldwide to contain the spread of the virus, the WTO said.

“The immediate goal is to bring the pandemic under control and mitigate the economic damage to people, companies and countries, but policymakers must start planning for the aftermath of the pandemic”, said WTO Director-General Roberto Azevêdo as he introduced the analysis.

“These numbers are ugly – there is no getting around that – but a rapid, vigourous rebound is possible”, he said.  “Decisions taken now will determine the future shape of the recovery and global growth prospects.”

He added: “We need to lay the foundations for a strong, sustained and socially inclusive recovery. Trade will be an important ingredient here, along with fiscal and monetary policy.”

“Keeping markets open and predictable, as well as fostering a more generally favourable business environment, will be critical to spur the renewed investment we will need. And if countries work together, we will see a much faster recovery than if each country acts alone."

The WTO’s outlook came as the International Labour Organization (ILO) warned that the rapidly intensifying economic effects of COVID-19 on the world of work could be far worse than the 2008-9 financial crisis, with cutbacks equivalent to nearly 200 million full-time workers expected in the next three months alone.

Although all regions of the world are suffering from the fallout of COVID-19, Arab States and Europe have seen the worst impact on employment in percentage terms, the UN labour agency said.  The biggest losses numerically are in the Asia-Pacific region – the world’s most populous.

In a statement Wednesday, the WTO said that merchandise trade volume already fell 0.1 per cent in 2019, weighed down by trade tensions and slowing economic growth.  In US dollar terms, exports fell by 3 per cent to $18.89 trillion.

The value of commercial services exports, meanwhile, rose 2 per cent to $6.03 trillion in 2019.  However, the pace of expansion was slower than in 2018, when trade in services grew by 9 per cent.

Elaborating on its forecast, the WTO said that future trade performance is best understood in terms of two distinct scenarios - a relatively optimistic one, with a sharp drop in trade followed by a recovery starting later in 2020, and a more pessimistic one with a steeper initial decline and a more prolonged and incomplete recovery.

Both should be viewed as explorations of different possible trajectories for the crisis rather than specific predictions of future developments, it said, stressing that actual outcomes could easily be outside of the forecast range - either on the upside or the downside. 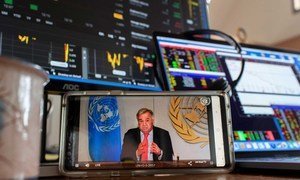 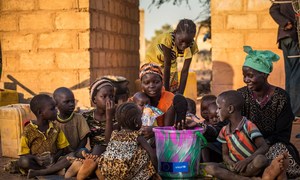