UNICEF/Basha
A school in Yemen's Taiz city badly damaged as a result of the fighting. (file)

The UN has condemned the shelling of the women’s section of the Central Prison in a district of Yemen’s war-torn Taizz Governerate, in the south of the country, which has left at least five women and one child dead, and wounding more than 11, with casualties expected to rise.

Shells hit the prison in Al Mudhaffar District in Taizz on Sunday, at a time when there did not appear to be any direct clashes on-going, in the years-long battle for the country being waged between pro-Government forces and Houthi rebels, who hold large sections of the country, including the capital, Sana’a.

“We share our deepest condolences with families who are grieving for their loved ones and we wish the injured a swift recovery”, said Lise Grande, the UN Humanitarian Coordinator for Yemen.

The injured were rushed to Al Thawra and Al Bureihi hospitals where humanitarian partners are providing surgical and medical support, including trauma kits, said Ms. Grande. Al Thawra Hospital was hit by missiles twice in March.

#Yemen: 6 women including a child were killed, and 11 others injured, when shells hit the women’s section of the Central Prison District in #Taizz Governorate. Read more in the statement by Humanitarian Coordinator in Yemen Lise Grande: https://t.co/OT0AS0tJsV pic.twitter.com/qvkGQ1nkzZ

“We’re facing massive humanitarian problems in the country”, she added: “There’s no reason and no justification for these strikes and attacks to continue.”

Yemen remains the world’s worst humanitarian disaster. Nearly 80 per cent of the population requires some form of humanitarian assistance and protection. Ten million people are a step away from famine and seven million are malnourished. Nearly 14 million people depend on humanitarian aid every month. Of the UN’s 41 major humanitarian programmes, 31 will either reduce or shut during April unless funding is urgently received.

Shelling ‘could amount to a war crime’: Bachelet

The UN human rights chief, Michelle Bachelet, said that she understood three shells had been fired by Houthi fighters, hitting the women’s section of the prison.

“At the time of the attack, there were reportedly no armed clashes between the warring parties in the area. Furthermore, there was no apparent military presence in the vicinity of the prison. Such an attack cannot be justified in any circumstances”, added the High Commissioner in a statement.

“This attack appears to be in breach of international humanitarian law, and depending on the circumstances could amount to a war crime.”

Ms. Grande added that “a strike like this, which results in the killing and injury of defenseless women and children, cannot be justified…It is an appalling breach of international humanitarian principles.” 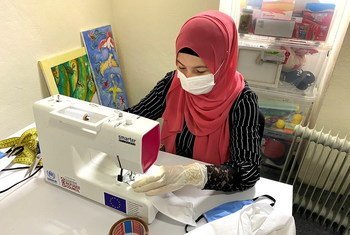 Four prominent United Nations system entities have called on countries to protect refugees, migrants, stateless persons and those forcibly displaced by disasters and conflict – some of the world’s most vulnerable populations – against the rapidly expanding COVID-19 pandemic. 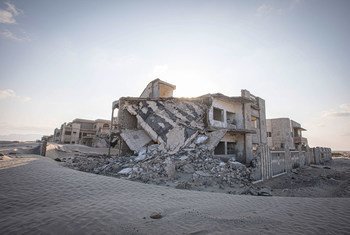 Echoing his 23 March appeal to warring parties across the globe for an immediate ceasefire, UN Secretary-General António Guterres has called on those fighting in Yemen to end hostilities and ramp up efforts to counter a potential outbreak of the COVID-19 pandemic.