UN Photo/Isaac Billy
An internally displaced woman voluntarily returning to her home in Bentiu, South Sudan, is being checked for fever.

“Peacekeeping operations must be able to continue their critical work and to maintain operational capability, so we can deliver on our life-saving mandates –promoting conflict resolution and helping to protect the populations we serve, as well as our UN personnel”, said the UN chief of peacekeeping operations Jean-Pierre Lacroix. 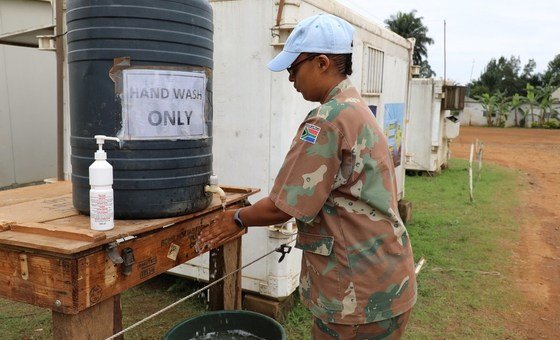 In line with the Secretary-General’s call for an immediate global ceasefire, peacekeeping operations are encouraging parties to the conflict to ‘silence the guns’, facilitate humanitarian access and to dedicate their efforts towards preventing and mitigating the spread of COVID-19.

UN Peacekeeping has put in place a number of measures to prevent the pandemic from spreading among its personnel and to ensure that peacekeepers are not a contagion vector while minimizing its adverse impact on carrying out mandated tasks. These include working closely with national authorities and setting up World Health Organization (WHO) recommendations.

“On the ground, we quickly added additional precautionary measures including quarantine and containment of incoming personnel in cooperation with host country authorities”, said Mr. Lacroix.

On 27 March, the UN chief informed Member States that the UN is working with troop-contributing countries to manage rotations in an effort to stem the spread of coronavirus.

The Secretary-General maintained that because moving troops in and out of countries during a global health pandemic is “extremely challenging”, the UN had postponed rotations.

In addition to protecting themselves from the coronavirus, peacekeeping missions are doing everything possible to assist national authorities.

He pointed out that in support of local authorities, the Joint African Union-UN Mission in Darfur (UNAMID) has delivered equipment and supplies, such as generators to local authorities in north Darfur.

And earlier this week, the UN Interim Force in Lebanon (UNIFIL) donated surgical masks, gloves and protective suits to the Naqoura Municipality, which hosts the UN Mission’s Headquarters in south Lebanon.

Peacekeeping operations also continue to implement their mandates to protect and assist the people they serve.

In the UN Mission in Mali (MINUSMA), peacekeepers had provided vital logistical and operational support in the preparations for last Sunday’s legislative vote and secured polling stations on election day.

Blue Helmets in the Democratic Republic of the Congo helped free 38 civilians, including women and children, who had been abducted by an armed group in the country’s east, as it aided the national army to repel an attack.

UN Peacekeeping’s ongoing efforts demonstrate that the fight against the deadly virus requires everyone to be united and to act together.

“All the UN peacekeepers who are currently deployed deserve our gratitude and support”, concluded Mr. Lacroix. “These women and men continue to serve under the blue flag in the cause of peace, in conditions even more difficult due to COVID-19”.

More than 95,000 military, police and civilian personnel are deployed across 13 UN peacekeeping operations around the world.

UNFIL/ Pasqual Gorriz
UNIFIL’s Spanish peacekeepers on an evening foot patrol along the Blue Line at the outskirts of Kafar Kela, south Lebanon.
♦ Receive daily updates directly in your inbox - Subscribe here to a topic.
♦ Download the UN News app for your iOS or Android devices. 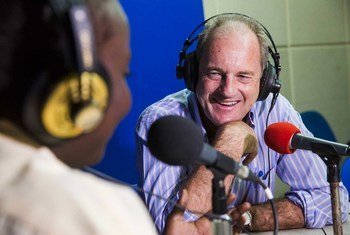 UN Peacekeeping radio stations have in recent decades helped build support for peace process in a dozen countries around the world including Cambodia, Croatia, Namibia and Timor-Leste. 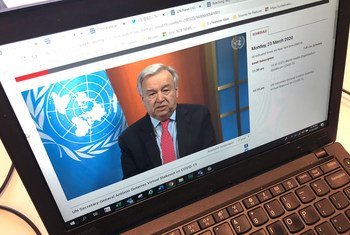