UNOCHA/Shahrokh Pazhman
The return home of some 136,00 Afghan people since the beginning of the year and a weakened health system is putting Afghanistan at risk of the coronavirus.

With the COVID-19 pandemic as a backdrop, political parties in Afghanistan are being urged to prioritize national interests and come together for peace talks with the Taliban, the UN Deputy Special Representative for the country told a videoconference meeting with Security Council members on Tuesday.

Ingrid Hayden, also Officer-in-Charge at the UN mission in the country, UNAMA, reported that despite international engagement, President Ashraf Ghani and rival Abdullah Abdullah remain at loggerheads over the outcome of the presidential election held in September.

“Afghanistan appears to be reaching a defining moment. Almost two decades after the start of the coalition intervention, the question for the Islamic Republic now is: can its leaders rally together to engage in meaningful talks with the Taliban to achieve a sustainable peace?”, she asked.

“The choice is made stark by the all-encompassing threat of COVID-19, which poses grave dangers to the health of Afghanistan’s population and, potentially, to the stability of its institutions”.

The peace talks, known as the intra-Afghan dialogue, stem from an agreement signed in February between the United States and the Taliban. It also calls for the withdrawal of foreign forces in the country.

Ms. Hayden was heartened that despite deep-seated grievances, the Afghanistan establishment has agreed a diverse negotiating team for the process.

Representatives come from all major ethnic groups and include five women: an important recognition that women must be involved in efforts to achieve a lasting peace.

“UNAMA has encouraged the Taliban to reciprocate by including women in their delegation who have an empowered decisive voice at the table. Doing so would send a tangible signal that the movement has fundamentally reformed”, she said.

Under the US agreement, the Taliban also promised to reduce attacks targeting international forces. However, assaults against the national defence and security forces have been on the rise, while civilians also are affected by hostilities.

Ms. Hayden insisted this trend is reversible, pointing to the “significant reduction” in violence nationwide in the lead-up to the signing of the agreement.

To move forward, UNAMA is urging Afghanistan’s political parties to resolve their differences and work together, particularly with COVID-19 raring to threaten the country’s fragile healthcare system.

The seriousness of the impasse is reflected in the recent announcement that the US  will reduce its $4.5 billion in annual assistance to Afghanistan by $1 billion, with a further cut next year.

Ms. Hayden warned that the consequences could be severe, given Afghanistan’s “heavy reliance” on donor funding.

“Now is not the time for divisions,” she said. “Now is the time for statesmanship, accommodation and inclusivity. The interests of Afghans must come first – including the rights of all women, minorities and youth”. 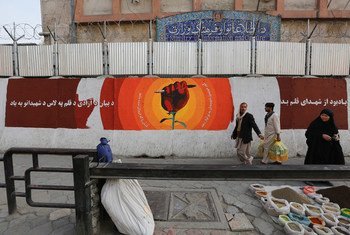 The Secretary-General condemned Wednesday’s attack on a Sikh temple in the heart of Kabul, Afghanistan, that left dozens of civilians killed and injured. 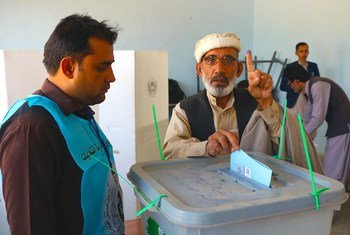