COVID-19: WHO working on supply pipeline for protective equipment and tests

UN News/ Stella Vuzo
Shoppers at a mall in Dar es Salaam as new measures are being implemented following the announcement of corona virus cases in the country.

COVID-19: WHO working on supply pipeline for protective equipment and tests

For the first time since the COVID-19 outbreak began last December, China has reported no domestic cases of the disease, the head of the UN World Health Organization (WHO) reported on Thursday, calling it “an amazing achievement”.

Tedros Adhanom Ghebreyesus was speaking during his regular briefing in Geneva where he highlighted latest developments in the UN agency’s support to countries facing what he described as “an invisible enemy against humanity”.

The agency is finalizing export arrangements with producers in China so that more supplies can be sent to countries.

“Our aim is to build a continuous pipeline to ensure continuity of supply”, he said.

However, he warned shortages will continue to be a challenge.

The WHO Director-General reported that more than 70 per cent of countries have a national preparedness and response plan for COVID-19, while nearly 90 per cent have lab testing capacity.

While welcoming the good news, he said it is not enough as all countries should be prepared.

“But only half of countries have a national infection prevention and control programme and WASH (water, sanitation and hygiene) standards in all healthcare facilities. Only half of countries that have reported to WHO have a clinical referral system in place for COVID-19”, he said.

Although a $675 million plan to cover the first three months of COVID-19 response is nearly fully funded, it will not be enough due to the virus’s spread to more countries.

WHO is now working with the World Bank, the International Monetary Fund (IMF) and other partners on the next phase of the Strategic Preparedness and Response Plan, which was launched in early February.

Meanwhile, the COVID-19 Solidarity Response Fund announced on Friday has received $45 million from more than 173,000 individuals and organizations.

Tedros expressed gratitude for the funding, adding that the only way to defeat the pandemic is through solidarity.

“This is a common enemy. Let’s keep that solidarity up”, he said. “We’re one human race, and that suffices, actually. This is an invisible enemy against humanity”.

The UN Office in South Sudan is supporting Government-led efforts to prevent and prepare for COVID-19.

There were no confirmed cases in the country as of Thursday, and UN operations in the areas of protection, humanitarian assistance and development are continuing largely as normal.

However, activities that would have required hosting large gatherings of people are being postponed while rotation of peacekeepers serving under the UN flag has been suspended. 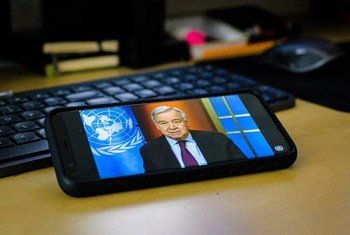 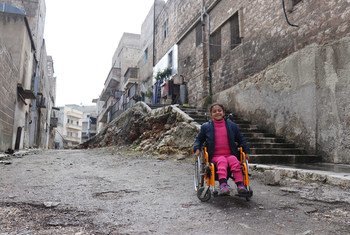 Unless Governments and communities take action, discrimination against people with disabilities could increase during the COVID-19 pandemic, an expert with the World Health Organization (WHO) has warned.