UNMISS
Ox ploughs have been delivered to women's groups in Rumbek North to enable the cultivation of larger areas.

Women who had been displaced by fighting in South Sudan are sowing seeds of peace, with support from the UN mission in the country, UNMISS.

They have been given ox ploughs to work the land, as part of a campaign to resettle returnees in the Rumbek North area who were uprooted during intercommunal clashes last year.

“We realized that household food security is one of the key factors for return and reintegration to be sustainable,” said Caroline Opok, a representative of the peacekeeping mission.

Rumbek North has been greatly affected by conflict, displacement and food insecurity.

Due to persistent intercommunal violence, including cattle raids, revenge attacks and armed ambushes, many people in the region have been reduced to relying on relief aid.

Tired of depending on external assistance, and with oxen aplenty available, residents figured that having ploughs could improve their situation.

“The challenge they reported was a lack of implements to increase their food production. That’s how the ox plough idea was born,” said Samuel Owoko, a representative of Sans Frontieres Germany, the organization implementing the project.

The tools were handed to women’s groups, as local tradition dictates that girls and women are the ones responsible for feeding their families.

They will be put to good use, according to Mary Agor, a local women’s leader.

“We have been using hand hoes, and with that you can only do so much. With these ox ploughs coming in, we shall cultivate bigger areas which will help us sustain our families throughout the long dry spell. We shall also have some surplus produce to sell at the market in Rumbek and thus make some money”, she said.

All that is required now is for their men to bring back the bulls to draw the ploughs.

Most of the time, male villagers bring their cattle and run into the wilderness as a way of fending off possible raids from neighbouring communities. Now, their women want them back home and working.

“We are telling men that food security is the responsibility of the entire household, not just women”, said Ms. Opok, the UNMISS representative. “We are encouraging men to bring out the bulls and put in the energy to work together with their women to expand the areas of cultivation”.

Ms. Agor, the women’s group leader, also had a message for the national authorities: “We want our Government to make sure that there is enough security so that we can bring in our bulls and cultivate. Without peace, that will not be possible. Right now, the roads are full of armed youth. They should go away so that our men can safely return with their cattle”. 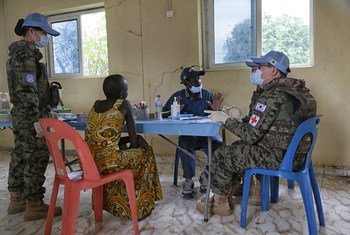 Following the unveiling of a new unity cabinet in South Sudan on Thursday, the UN Secretary-General has commended the “spirit of compromise and collaboration” shown by President Salva Kiir and rival-turned-top deputy, Riek Machar, on what has been a rocky road towards forging lasting peace. 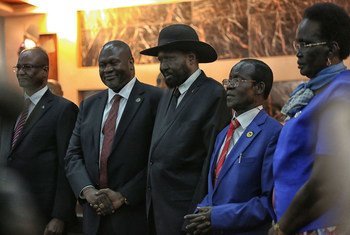