Iran’s nuclear capabilities moved back into the international spotlight on Monday as the International Atomic Energy Agency (IAEA) said that it had concerns about possible “undeclared nuclear material and nuclear-related activities” in unregistered locations there.

The development follows Iran’s declaration on 5 January that its nuclear programme would no longer be “subject to any restrictions in the operational sphere”, in response to the decision of the United States in 2018 to withdraw from the Iran nuclear deal and reimpose sanctions.

In an appeal to Iran to cooperate with the UN nuclear watchdog, IAEA Director General, Rafael Mariano Grossi, said that Iran had not provided access to the sites in question and had failed to clarify inspectors’ questions.

“This is adversely affecting the Agency’s ability to clarify and resolve these questions and to provide credible assurance of the absence of undeclared nuclear material and activities in Iran”, Mr. Grossi said. “I call on Iran to cooperate immediately and fully with the Agency, including by providing prompt access to the locations specified by the Agency.”

The rules governing how Iran’s nuclear programme is monitored are set out in the 2015 “Joint Comprehensive Plan of Action” (JCPOA).

It was agreed by Iran and the five members of the Security Council: China, France, Russia, UK and the U.S., plus Germany and the European Union.

The deal guarantees the IAEA’s regular access to Iran’s nuclear programme, in line with a  2015 UN Security Council resolution to ensure the enforcement of the JCPOA.

Following the US Administration’s decision to pull out of the deal, in July 2019, Iran reportedly breached its uranium stockpile limit, announcing its intention to continue enriching uranium.

In a speech to the IAEA Board of Governors, Mr. Grossi noted that despite concerns, the agency “has not observed any changes to Iran’s implementation of its nuclear-related commitments under the JCPOA in connection with this announcement, or in the level of cooperation by Iran in relation to Agency verification and monitoring activities” under that deal.

Meanwhile, as the COVID-19 epidemic continues its global spread, the agency has offered to use science to tackle disease transmission.

Speaking in Vienna, Mr. Grossi said that scientists from countries requiring assistance would be given training in a technique using nuclear-derived machines which can identify the virus accurately “within hours”.

While the agency is not involved in controlling the disease in the same way as the World Health Organization (WHO), “we do have expertise and experience that help in detecting outbreaks of certain viral diseases and in diagnosing them”, he said.

To date, the agency has received official requests for support from six countries in Africa, five in the Asia and Pacific region and three in Latin America.

In the past, the IAEA has helped to respond to viruses including Ebola, Zika and African Swine Flu.

♦ Receive daily updates directly in your inbox - Subscribe here to a topic.
♦ Download the UN News app for your iOS or Android devices.
iran|JCPOA|atomic energy|nuclear deal 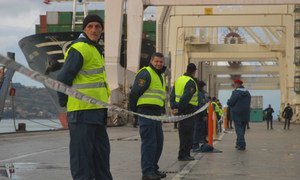 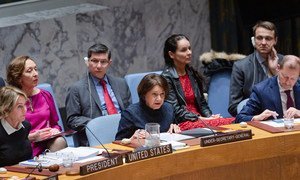