Violent extremism prevention ‘only effective’ if human rights are enshrined

Many global programmes aimed at countering violent extremism have negative impacts on human rights and may even ‘foster radicalization’ rather than preventing it, an independent UN human rights expert warned on Wednesday.

“Prevention is an important and necessary tool but it will only be effective when it is practised in a way that protects and affirms rights”, Fionnuala Ní Aoláin, UN Special Rapporteur on the protection and promotion of human rights and fundamental freedoms while countering terrorism, said when presenting her latest report to the Human Rights Council.

While recognising the global challenges presented by terrorism and the costs borne by individuals and communities, Ms. Ní Aoláin said that current approaches to prevent it, lack a consistent rule of law or human rights grounding.

#HRC43: UN expert @NiAolainF cautions against simplistic policies aimed at countering violent #extremism. Violent extremism prevention is important & necessary, but it is only effective when practised in a way that protects #HumanRights 👉 https://t.co/ZPSmzuP5mJ pic.twitter.com/BE9WRITdY0

She stressed that religious groups, minorities and civil society actors are particularly victims of rights violations and are targeted under the guise of countering “extremism”.

“Large-scale violations of the rights of religious and ethnic minorities are being enabled by ‘deradicalization’ policies and practice,” said Ms. Ní Aoláin.

The human rights expert also underscored the lack of a robust scientific basis for the current practices countering violent extremism and the complete absence of human rights-based monitoring and evaluation, including by UN entities.

“The United Nations counter-terrorism architecture must do better in protecting human rights and the rule of law when they support and engage with national programmes,” she said.

In addition, Ms. Ní Aoláin voiced serious concerns over the absence of precise legal definitions of extremism and violent extremism in national legislations and the widespread abuses of human rights that it entails.

She further condemned the commodification of women and girls in some States counterterrorism policies.

"Ethical shortcuts and misidentification of preventing programmes as women’s empowerment sets back women’s rights and equality rather than advancing it,” she said.

Special Rapporteurs are part of what are known as the Special Procedures of the Human Rights Council. The appointed experts work on a voluntary basis; they are not UN staff and do not receive a salary. They are independent of any government or organisation and serve entirely in their individual capacity. 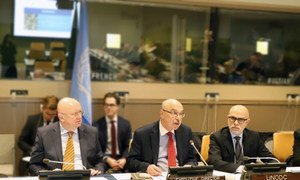 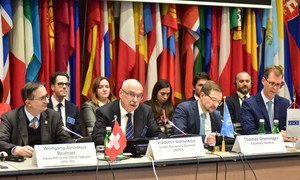 Foreign fighters: ‘One of the most serious dimensions’ in global counter-terrorism struggle