UNAMI
The Special Representative of the United Nations Secretary-General for Iraq, Jeanine Hennis-Plasschaert

Special Representative Jeanine Hennis-Plasschaert updated ambassadors on the ongoing political indecisiveness and dissension roiling the country, where citizens continue to protest against corruption, unemployment and lack of basic services, and non-state armed groups such as ISIL remain a threat.

SRSG Hennis-Plasschaert to brief UNSC: After five months of protests, and the many injured and killed, it should be clear that peaceful protesters - backed by a silent majority - will not budge on their aspirations #Iraq pic.twitter.com/SGmWC5zhBJ

“As I have stated time and again: Iraq’s problems did not occur overnight, nor will they be solved in an instant,” she said.

“Yet times of crisis also present opportunities.  And I sincerely hope that Iraqi political leaders will recognize in this moment, the crossroads where they either stand idle, or where they place themselves in the service of their countrymen and women. But I have to say: the critical window of opportunity is closing fast”.

For the past five months, Iraqis have taken to the streets in peaceful demonstrations which prompted the resignation of Prime Minister Abdul Mahdi in November, who stayed on in a caretaker role.

While a Prime Minister-designate was named in February and given a month to form a government, Mohammed Tawfiq Allaw this week withdrew his candidacy due to political obstruction, according to media reports.

On Monday, Mr. Mahdi announced that he will step back from most of his duties, while also calling for elections in early December.

“Constitutionally, the President now has another 15 days to nominate a new Prime Minister-designate, whose government and programme would again be subject to parliamentary endorsement”, she said.

“While political consultations are ongoing, the question remains whether political parties will find a new consensus-candidate within these time limits”.

Ms. Hennis-Plasschaert began her briefing by reflecting the hopes of Iraqis who continue to pay “an unimaginable price” for their voices to be heard, noting that protestors have been injured and killed, simply calling for justice.

They are determined to see a more just and prosperous future in a sovereign nation that will not be a “battleground” for other conflicts.

“But for this to materialize, political leaders and communities will have to step up to the plate: placing the country’s interest above all else, building domestic strength”, she said.

For the UN official, it is clear that the protestors, who are backed by “a silent majority”, will not budge on their aspirations.  Delivering on their demands will require collective action by the political class.

“Out of the ongoing political crisis, a fairer, stronger and inherently more resilient Iraq can emerge,” she said.

“But again, for this to materialize political leaders will have to act fast, placing the country’s interest above all else”. 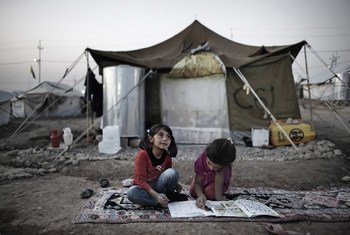 More than two years after the defeat of ISIL in Iraq, some children in areas formerly controlled by the terrorist group still cannot access school or get the necessary documentation required for enrollment, a UN report published on Monday finds. 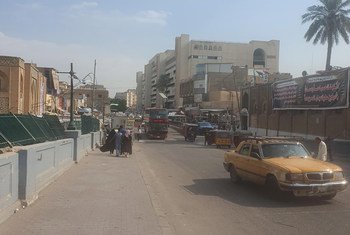 The top UN official in Iraq is calling on the country’s newly designated Prime Minister to urgently deliver on reforms and demands for accountability, amid ongoing protests.