According to UN agencies, half a million children are believed to be at risk among those forced to flee fighting in Idlib, according to UN aid agencies.

“More than 2,150 trucks carrying aid crossed from Turkey into northwest Syria in January and February,” he said. “This is more than double the number of trucks crossing during the same period in 2019. But we need to do even more and scale up our presence on the ground.”

Local aid workers were doing a “heroic job”, he added, “but they are exhausted and are themselves being displaced and killed”.

"There is a war crime of intentionally terrorising a population to force it to move. I think we’re seeing that picture emerging very clearly in #Idlib." @UN Independent Investigative Commission on #Syria presents its latest report on the situation in the country. #HRC43 pic.twitter.com/B0rgSjdsGF

At the launch of their latest report into the conflict – the Independent International Commission of Inquiry described “unprecedented levels of suffering and pain” inside the war-torn country.

Those arriving in displacement camps have struggled to find shelter amid freezing winter temperatures that have claimed around 10 children’s lives, Commissioner Hanny Megally said.

After nearly nine years of war, human rights violations inside Syria have continued to “multiply”, according to the Commission of Inquiry, whose findings principally concern the period between 11 July 2019 and 10 January 2020.

“There is a war crime of intentionally terrorising a population to force it to move and I think we’re seeing that picture emerging very clearly for example in Idlib,” Mr Megally said, amid repeated aerial and ground attacks on built-up areas that are protected in times of war.

“The bigger pattern that we’ve been seeing is deliberate attacks on hospitals to put them out of commission and essentially in such a way as to force the population to move”, he added.

Appointed by the Human Rights Council in Geneva, the Commission of Inquiry report includes detailed information surrounding aerial bombardments on built-up areas including a crowded marketplace on 22 July in Maarat al Numan, and a displacement camp close to Haas on 16 August.

“In the marketplace, it was attacked actually twice with what we call a double-tap,” Mr Megally said, adding that 43 people were killed and 109 injured.

“Russian planes were sighted above that area. In Haas, in south Idlib, a compound for the displaced, about 20 people were killed, eight women I think, six children.”

Citing information that will be presented to the Human Rights Council in Geneva on 10 March, he added that there were “reasonable grounds to believe that these were … Russian planes with Russian pilots”.

In early October, hostilities linked to the advance of Turkish forces in support of the opposition Syrian National Army (SNA) led to the displacement of more than 100,000 people, the Commission of Inquiry report stated.

“Normally, you would want to be saying there’s command and control - you know – evidence that they are either doing it under instructions or under orders from the power that’s supporting them”, Mr. Megally said. “That’s been something we couldn’t find. But we felt that still Turkey should be feeling responsible” for their actions, and, “should at least be trying to prevent them from continuing to violate rights.”

Turning to north-east Syria, and the detention camps where many alleged ISIL extremists and their families are still being held after the so-called Caliphate was overthrown, the Commissioners reported that some 11,000 males – some as young as nine - are being held “in squalid conditions”, overseen by the Syrian Democratic Forces (SDF).

“People have been taken there without enough mobilisation of international assistance, so they were being held in appalling conditions,” Mr Megally said, amid evidence that detainees lacked adequate access to food or water, were visibly ill and had untreated conflict-related injuries.

Women and children continue to be held there, Mr Megally warned.

“The women and children come from various nationalities…I think it’s up to 50 countries. Most have not stepped forward and taken back their nationals. And that’s been problematic.”

It was of the utmost importance that Member States repatriated vulnerable and impressionable youngsters, Mr Pinheiro said.

They “should regard children first and foremost as victims and not as future terrorists”, he insisted. 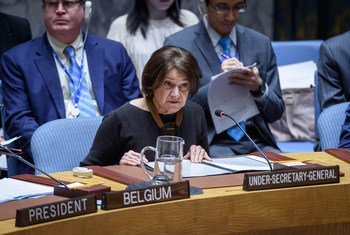 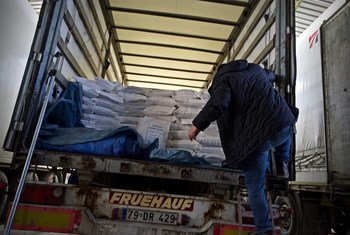