With division and distrust rife among countries that possess nuclear arsenals, the UN disarmament chief is hopeful that the issue will be addressed during an upcoming conference on the Non-Proliferation Treaty.

“I hope the Review Conference can serve as a springboard for thinking on how to address the nuclear weapons challenges of our time,” Izumi Nakamitsu told the Security Council on Wednesday.

The Non-Proliferation Treaty (NPT) is the only binding commitment to the goal of disarmament by States which officially stockpile nuclear weapons.

"It remains an enduring example of the value of #disarmament, #armscontrol &amp; #nonproliferation measures as supporting pillars of int'l #peace + #security", said HR @INakamitsu about the #NPT at today's #UNSC briefing. For more 👉 https://t.co/oVCPn8AxA5.#NPT2020 #RevCon2020 pic.twitter.com/e4zXjp1SCV

Given the current geopolitical context, Ms. Nakamitsu continues to encourage “a spirit of flexibility” during the conference, which begins in April.

“Relationships between States – especially nuclear-weapon States – are fractured.  So-called ‘great power competition’ is the order of the day.  Division, distrust and a dearth of dialogue are increasingly the norm,” she said.

“The specter of unconstrained nuclear competition looms over us for the first time since the 1970s.  We are witnessing what has been termed a qualitative nuclear arms race – one not based on numbers but on faster, stealthier and more accurate weapons.  Regional conflicts with a nuclear dimension are worsening, and proliferation challenges are not receding”.

Ms. Nakamitsu said she hopes the conference will help to move the needle forward, as part of the full implementation of the treaty.

Looking ahead, she offered suggestions for the possible outcome document, starting with reaffirmed commitment to the treaty and all its obligations, and to the norm against the use of nuclear weapons.

“The recent growth in rhetoric extolling the utility of nuclear weapons is dangerous and destabilizing,” she added. “We should return to the logic of President Reagan and General Secretary Gorbachev: a nuclear war cannot be won and must not be fought".

This anniversary year is an opportunity to consider both the achievements and the future of the treaty, Ms. Nakamitsu told ambassadors.

“It remains an enduring example of the value of disarmament, arms control and non-proliferation measures as supporting pillars of international peace and security, no matter the climate of the day”, she stated.

Please find the Security Council’s press statement on supporting the NPT ahead of the 2020 Review Conferece here. 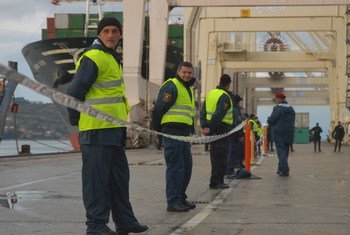 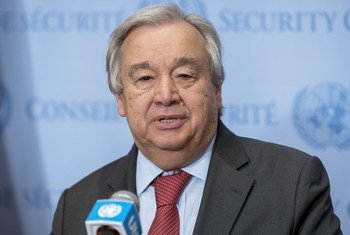