© UNICEF/Giacomo Pirozzi
A 19 year-old boy sits on his bed at a shelter for children who live or work on the streets, in Odessa, Ukraine. He is a drug user and HIV-positive, but does not have access to antiretroviral medications.

The International Narcotics Control Board (INCB) annual report cites studies which reveal that, in young people aged between 16 and 19, early use of alcohol, tobacco and cannabis leads to an increased likelihood of the use of opiates and cocaine in adulthood.

The report also shows that substance abuse and associated health consequences are highest among young people, with cannabis being the most widely used substance. The highest rate of use, in young people aged 15-16, is in Europe (13.9 per cent), followed by the Americas (11.6 per cent), Oceania (11.4 per cent), Africa (6.6 per cent), and Asia (2.7 per cent).

The decriminalization of cannabis in some countries is criticized by the INCB, whose President, Cornelis P. de Joncheere, said that, of internationally controlled substances, the drug continues to play the most prominent role amongst adolescents and adults.

“We pay special attention to this development and highlight our concern over the situation in a few countries that have moved to permit the use of controlled substances, namely cannabis, for non-medical use contrary to the provisions of and their obligations under the drug control treaties”, said Mr. de Joncheere.

The report sets out several recommendations for countering the problem, based on international standards drawn up by the UN Office on Drugs and Crime (UNODC) and the World Health Organization (WHO).

Prevention programmes should include a focus on family and parenting skills, setting rules and limits for young people; school support for the development of personal and social skills; the availability of screening, assessment and counselling in schools; and strict enforcement of regulations related to the access to medications with psychoactive qualities, and to tobacco, alcohol and cannabis.

To improve the effectiveness of prevention programmes, governments, says the report, should monitor changing trends in the use of psychoactive drugs amongst young people, and invest in the development of national expertise.

Drug control remains a major challenge in Afghanistan, the report notes, with the opiate economy still large than the value of the country’s legal exports of goods and services. This is despite a substantial reduction in the total area used for illegal opium poppy cultivation in 2018, due to severe drought.

The INCB reiterates the importance of addressing the illegal drug economy in Afghanistan, as part of overall efforts to bring about peace, security and sustainable development in the country. 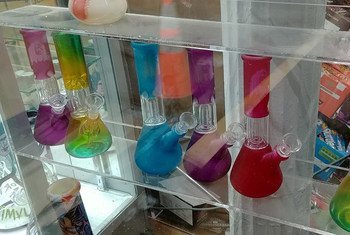 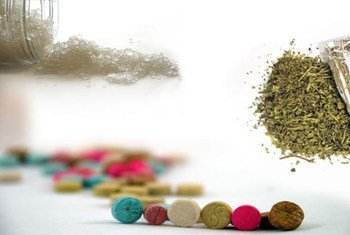 Governments are being urged to invest more in drug treatment and rehabilitation rather than just focusing solely on prevention, the latest report by the International Narcotics Control Board (INCB) recommends.