© UNDP India
Women in India are being trained in plastic engineering.

Pledging to end the gender imbalance in science, the UN Secretary-General António Guterres said in his  message for the Day that “dismantling gender stereotypes” was an essential step.

He highlighted the fact that “girls and boys perform equally well in science and mathematics, but only a fraction of female students in higher education choose to study sciences” and called for more supportive career development for women scientists and researchers.

In her statement issued to mark the Day, UN Women’s Executive Director, Phumzile Mlambo-Ngcuka, reinforced that message, specifying that “science and innovation can bring life-changing benefits, especially for those who are furthest behind – such as women and girls living in remote areas, the elderly and people with disabilities”.

Highlighting also the importance of science for decent work and jobs of the future, including in the green economy – essential to tackle the climate crisis - Ms. Mlambo-Ngcuka said that there was a clear need to “break gender stereotypes that link science to masculinity”.

According to the UN Educational, Scientific and Cultural Organization (UNESCO), women in science, technology, engineering and maths (STEM) are published less, paid less for their research and do not advance as far as men in their careers.

UNESCO data from 2014-2016 shows that globally, female students’ enrolment is particularly low in information and communications technology (ICT), where women represent only three per cent, and natural science, mathematics and statistics, where the figure is five per cent.

“If we are to be able to address the enormous challenges of the 21st Century – from climate change to technological disruption - we will need to rely on science and the mobilization of all our resources”, said UNESCO chief Audrey Azoulay.

“It is for this reason that the world must not be deprived of the potential, the intelligence, or the creativity of the thousands of women who are victims of deep-seated inequality and prejudice.”

The International Day was established in 2015, following the adoption of a General Assembly resolution, signalling the international community’s interest in achieving equality and gender-parity in science for sustainable development, and recognizing that full access and participation in STEM subjects is imperative for the empowerment of women and girls. 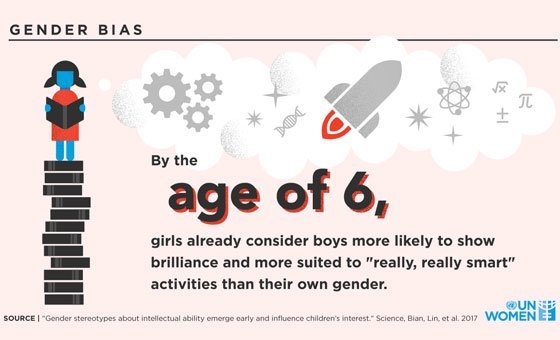 Marking the 25th anniversary of the Beijing Declaration and Platform for Action, a roadmap for the rights of women and girls, 2020 offers a fresh opportunity for progress towards gender parity.

The UN Secretary-General said the anniversary was a chance to “bring new urgency to promoting women’s and girls’ access to science education, training and jobs”.

The UN Women’s Generation Equality campaign aims to accelerate gender equality actions and mark the 25th anniversary of the Beijing Declaration and Platform for Action.

With six diverse Action Coalitions to tackle the unfinished business of gender equality, one focus of the campaign is on “Technology and Innovation for Gender Equality”, which aims to “catalyse action for game-changing approaches that provide new opportunities to women and girls, while addressing barriers to connectivity, digital inclusion and digital equality”.

UN Women’s Phumzile Mlambo-Ngcuka added that “Generation Equality was also a chance to ensure that the business community, including those in the STEM sectors, has a stake in and a responsibility for gender equality and women’s empowerment in the workplace, marketplace and community”.

Gender equality in the space sector

Marking the Day, the UN Office for Outer Space Affairs (UNOOSA) launched Space4Women, a website that aims to link up young women with positive role models who can offer career advice and guidance towards a job in the STEM sectors.

The project encourages women and girls to pursue an education in STEM and raises awareness about career opportunities for women and the importance of gender equality in the space sector. The UN office is looking for more mentors to join the network.

Simonetta Di Pippo, UNOOSA Director, affirmed her commitment to supporting a balanced gender representation in the aerospace field. “Only with the active and full involvement of all of humanity we will be able to truly reach for the stars”, she said.

FROM THE FIELD: Women scientists on the power of education to reach gender equality 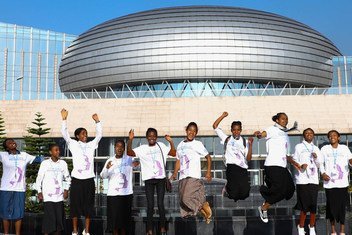 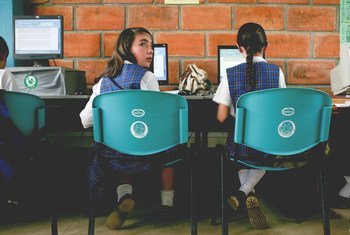