Indigenous and tribal communities are around three times more likely to face extreme poverty than others with women “consistently at the bottom of all social and economic indicators”, UN labour experts said on Monday.

Highlighting new data showing that disproportionate numbers of indigenous people live on less than $1.90 a day – 18.2 per cent versus 6.8 per cent of non-indigenous people - the International Labour Organization (ILO) insisted that millions are being held back by a “spectre of poverty”.

Indigenous peoples are nearly 3 times as likely to be living in extreme poverty, according to a new report released to mark the 30th anniversary of the @ILO's Indigenous and Tribal People’s Convention.

The problem warrants global attention because this at-risk population is significantly larger than was previously thought, ILO insists.

According to the UN organization, there are more than 476 million indigenous people globally, the majority of whom live in relatively prosperous countries.

At the same time, support for the only international treaty that protects their rights - Convention No. 169 - is weak, it maintains.

Only 23 of ILO’s 187 Member States have signed the convention on the rights of indigenous peoples in the 30 years since it was adopted.

This means that only around 15 per cent of indigenous peoples stand to benefit from the treaty’s focus on implementing policies and legislation designed to combat poverty and unfair treatment and promote equality through inclusive dialogue and best practice.

Focusing on the world of work as a key indicator of the lives of indigenous people, the ILO found that far more of them are active in the informal sector - by 20 per cent - compared with other workers.

And based on data from 23 countries that are home to more than 80 per cent of indigenous people, the ILO report found that indigenous women face the biggest challenges too.

In addition to having the lowest chance of completing basic primary education, only about one in four indigenous women is in salaried work, compared with one in two non-indigenous female workers.

Researchers also noted that even when they are in salaried work, indigenous people earn around 18 per cent less than the wider workforce.

According to the ILO, there are more than 5,000 distinct indigenous communities worldwide, in some 90 countries.

Regionally, Latin America and the Caribbean are home to the highest proportion of indigenous and tribal people, at 8.5 per cent of the total population - far more than the entire population of Colombia.

Data from nine countries in this same region also showed that these indigenous communities constituted almost 30 per cent of the extreme poor – the highest proportion across all global regions.

Mirroring this trend elsewhere, ILO underlined that in Africa, the more than 77 million indigenous people there – six per cent of the wider population – accounted for 24 per cent of the continent’s extreme poor.

In Asia and the Pacific, the region’s 335 million indigenous people comprised over seven per cent of the total population, and almost 16 per cent of the extreme poor, based on data from five countries.

The trend was also identified to a lesser extent in Northern America, where the over seven million indigenous people constituted over two per cent of the wider population and 3.5 per cent of the poorest members of society.

Let them be heard

ILO believes that indigenous people’s views need to be heard in order to put in place sustainable social justice policies that are detailed in Convention No. 169.

These will help to tackle the problems that indigenous people face, including poverty, inequality, conflict and climate change, the UN organization believes.

Nonetheless, although “several countries” have designated agencies for indigenous affairs and have made the “greatest progress” so far, there have been too few opportunities for engagement with minority communities to date, the ILO maintains.

♦ Receive daily updates directly in your inbox - Subscribe here to a topic.
♦ Download the UN News app for your iOS or Android devices.
indigenous people|labour rights|poverty 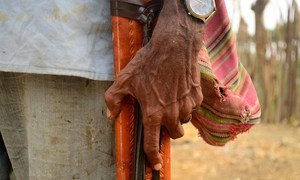 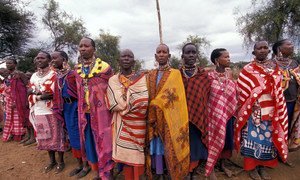