UNOCHA/Giles Clarke
Boys play in a waterhole near the town of Kaya in northern Burkina Faso.

A surge in violence in the central Sahel region in Africa means nearly five million children will need humanitarian assistance this year, up from 4.3 million, the UN Children’s Fund (UNICEF) warned on Tuesday.

The agency reported that children have been attacked, abducted or recruited into armed groups due to the spike in armed conflict and insecurity in Burkina Faso, Mali and Niger.

Since the start of the year alone, more than 670,000 children across the region have been forced to flee their homes.

“When we look at the situation in the Central Sahel, we cannot help but be struck by the scale of violence children are facing. They are being killed, mutilated and sexually abused, and hundreds of thousands of them have had traumatic experiences”, said Marie-Pierre Poirier, UNICEF Regional Director for West and Central Africa.

Attacks against children have risen over the past year, according to agency figures.

UNICEF said violence has had a devastating impact on learning, with more than 3,300 schools in the three countries closed or non-operational by the end of 2019.  Overall, 650,000 children and 16,000 teachers have been affected.

Children and their families also face barriers in accessing essential services and food, which can put young lives at risk. As a result, more than 709,000 children under the age of five will suffer from severe acute malnutrition and require lifesaving treatment this year.

At the same time, access to safe water is dwindling, with some areas in Burkina Faso experiencing a decrease of up to 40 per cent.

In addition to calling for an end to attacks on children, UNICEF is asking for safe access to all those affected by the situation.

The UN agency has appealed for $208 million to support operations on the ground, where it is working with partners in the areas of protection, education, health, nutrition, and water and sanitation. 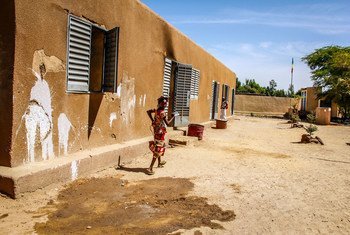 The top UN official in West Africa and the Sahel updated the Security Council on Wednesday, describing an “unprecedented" rise in terrorist violence across the region.