© UNICEF/Giovanni Diffidenti
A child runs through the debris and wreckage in downtown Benghazi, Libya.
17 January 2020
Peace and Security

The world should not accept the “dire and untenable” situation facing children in wartorn Libya the head of the UN Children’s Fund, UNICEF, said on Friday.

“Children in Libya, including refugee and migrant children, continue to suffer grievously amidst the violence and chaos unleashed by the country’s longstanding civil war”, Executive Director Henrietta Fore said in a statement.

Since last April, when renewed hostilities broke out on the outskirts of the capital Tripoli, and western Libya, conditions for thousands of children and civilians deteriorated, with indiscriminate attacks in populated areas that have caused hundreds of deaths.

Today, children in Libya are in a dire and untenable situation that the rest of the world should find unacceptable.

Here is my full statement.https://t.co/ryDOXnJSD4

Thousands have been killed in fighting between factions of the self-styled Libyan National Army (LNA) commanded by Khalifa Haftar, based in the east, and the UN-recognized government in Tripoli, located in the west.

The UN Secretary-General will be at a major international summit due to take place in the German capital this coming Sunday, which both the Prime Minister of the UN-recognized Government and commander Haftar are due to attend, in the hope of establishing a permanent ceasefire.

Meanwhile, over the last eight months, more than 150,000 people – 90,000 of whom are children – have been forced to flee their homes and are now internally displaced.

Ms. Fore also flagged that under attack was the essential “infrastructure on which children depend for their wellbeing and survival”.

“Nearly 30 health facilities have been damaged in the fighting, forcing 13 to close”, she lamented, adding that attacks against schools and the threat of violence have led to closures and left almost 200,000 children out of the classroom.

Moreover, water systems have been attacked and the waste management system has virtually collapsed, greatly increasing the risk of waterborne diseases including cholera.

“The 60,000 refugee and migrant children currently in urban areas are also terribly vulnerable, especially the 15,000 who are unaccompanied and those being held in detention centres”, she continued. “These children already had limited access to protection and essential services, so the intensifying conflict has only amplified the risks that they face”.

UNICEF and its partners on the ground are supporting the children and families with access to healthcare and nutrition, protection, education, water and sanitation.

“We are also reaching refugee and migrant children with assistance, including those held in detention centres”, she elaborated. “Sadly, attacks against the civilian population and infrastructure, as well as against humanitarian and healthcare personnel are seeking to undermine humanitarian efforts”.

Ms. Fore called on all parties to the conflict and those who have influence over them to protect children, end the recruitment and use of children, cease attacks against civilian infrastructure, and allow for “safe and unimpeded humanitarian access to children and people in need”.

“We also call on Libyan authorities to end the detention of migrant and refugee children and to actively pursue safe and dignified alternatives to detention”, said the UNICEF chief.

Ahead of the peace summit in Berlin, this Sunday, Ms. Fore also urged the conflict parties and those with influence over them to “urgently reach a comprehensive and durable peace agreement for the sake of each and every child in Libya.”

♦ Receive daily updates directly in your inbox - Subscribe here to a topic.
♦ Download the UN News app for your iOS or Android devices.
libya|Armed Conflict 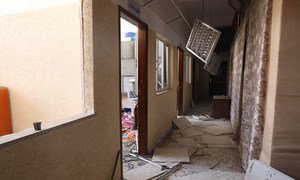 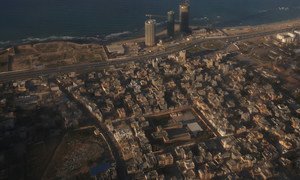