OCHA/Karen Perrin
After armed clashes, a child walks among the charred ruins of Alindao, a city in the Central African Republic.

Peacekeepers are patrolling the city of Alindao, Basse Kotto Prefecture, after skirmishes last Thursday between the country’s armed forces and members of an armed group associated with the mainly-Muslim ex-Seleka coalition, which have fought with mainly Christian anti-Balaka elements, destabilizing the nation since 2013.

On 9 January, 650 families temporarily sought refuge in a hospital while at least nine people were injured by stray bullets and dozens of houses burned at the ELIM displacement site, according to the UN humanitarian affairs coordination office (OCHA).

Mr. Dujarric said that the UN Stabilization Mission in CAR, which goes by the French acronym, MINUSCA, is preparing to send an investigation team of police, human rights and prison officers to Alindao.

Meanwhile, Mr. Dujarric reported an update on efforts to secure the capital of Bangui’s PK5 Muslim enclave, which, on 31 December, was declared an "unarmed area", or weapons-free zone.

“The Mission says that all 13 bases of the ex-self-defense groups have now been dismantled”, he said, adding that “UN peacekeepers continue to conduct joint patrols with the Central African Republic’s Internal Security Forces to protect civilians”.

The Mission has also launched an awareness campaign in the PK5 neighborhood to explain its outreach work to the community and protect civilians. 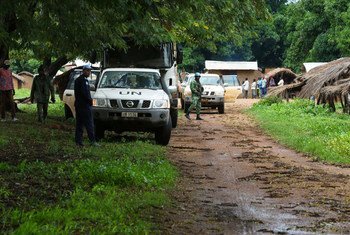 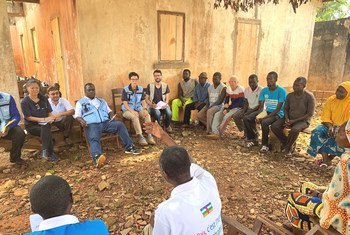